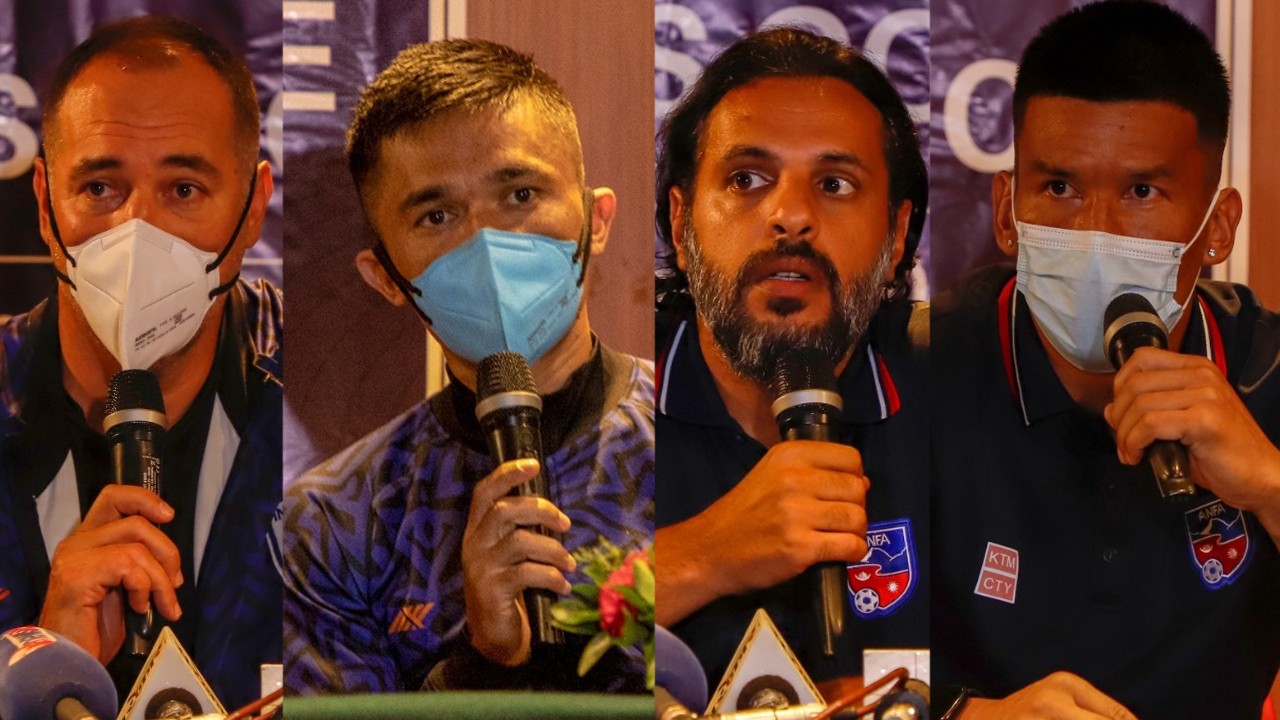 Indian head coach Igor Stimac expected a good game against Nepal when the two sides meet in the first of the two friendlies at Dasharath Stadium on Thursday.

At the pre-match conference at Soaltee Hotel on Wednesday, coach Stimac praised the Nepali side for putting a good performance in the recent World Cup Qualifiers matches. "They played really well with young players getting chance. We have done our homework and expect a tough game," said Stimac.

Stimac said the friendly matches would be a good preparation for the upcoming SAFF Championship.

Indian team skipper Sunil Chhetri also echoed the coach's view about the game. "It is always difficult to play against Nepal no matter who is playing. This is going to be tough as we are playing in their home ground," said Chhetri.

Chhetri was also thankful towards All Nepal Football Association (ANFA) for organizing the matches and said they have received good hospitality since their arrival.

Nepali head coach Abdullah Almutairi said the Nepali side would play for a win and put on performance which would make the fans proud. "India is a strong side and we have only won twice against them. But these thing won't matter most and we will play for victory," said coach Almutairi.

Almutairi also said that the games would be a measure of the team's performance and the main priority was the upcoming SAFF Championship.

Nepali team captain Kiran Kumar Limbu said the team has been preparing well for the past two months and the friendlies would be good test to reflect the team's shape and mentality. "Coach has prepared us well mentally. We are physically and mentally strong," said Limbu.

Limbu said Nepali side would play for pride on home soil and expected a tough and competitive match against India.

Nepal will play against India at Dasharath Stadium on Thursday in the first of the two friendlies. The match will kick-off at 5:30 pm. Government has approved ANFA to allow 5,100 vaccinated spectators during the match. Those without vaccination should produce a negative PCR report to attend the match at the stadium.

Ticket price have been fixed at Rs 1,000 for normal parapet and Rs 2,000 for VIP parapet. Tickets for the match can be bought from Prabhupay. A total of 350 VIP parapet tickets will be sold while the remaining will be of normal parapet.

The two national teams have faced each other in 19 occasions with India winning in 13 of them. Nepal has defeated India two times the latest of which was the 2-1 victory in the 2013 SAFF Championship in Kathmandu.