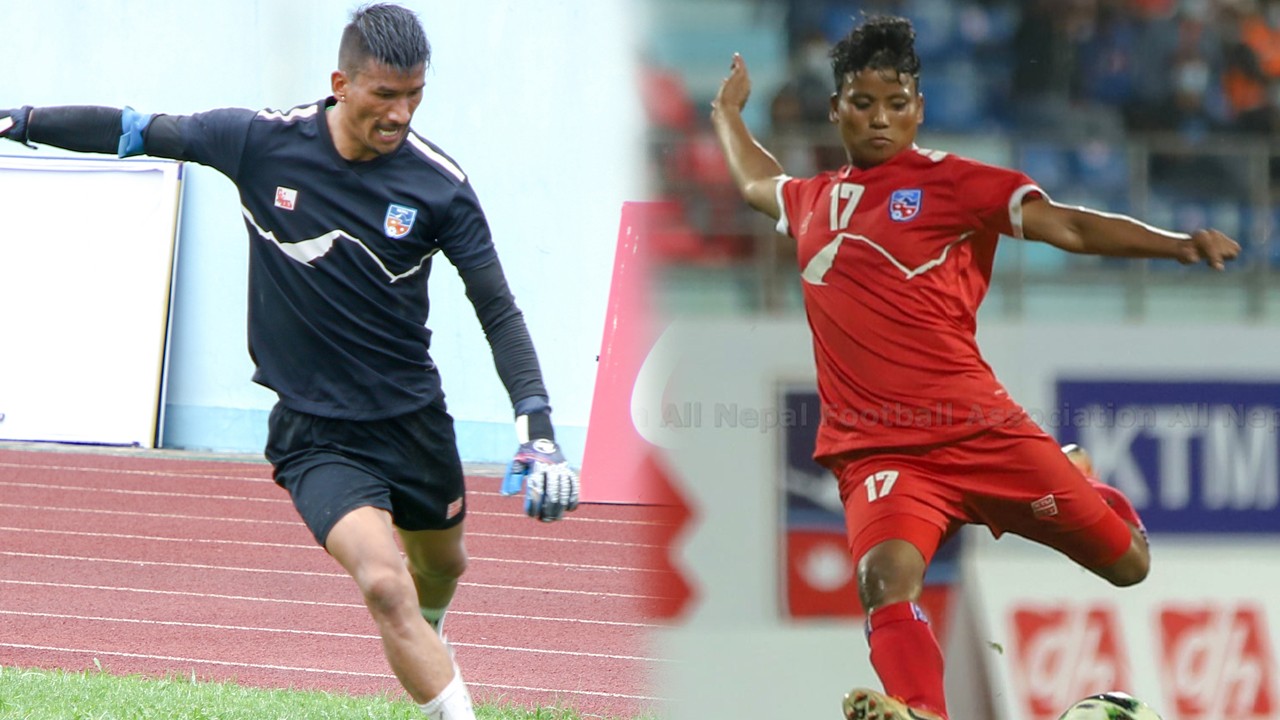 Prabal Jana Sewa Shree is one of the highest civilian awards of Nepal. It is awarded to personalities from different walks of life in recognition of their contributions to the country. Sukriti Padak is conferred to those who contribute to the pride and prestige of the country.

The number one shot stopper is currently in closed camp training with the national team in Qatar. With 74 matches under his belt, he is also the most-capped footballer. His recent appearance was against India at the Dasharath Stadium.

Chaudhary is also with the national team taking part in the AFC Women's Asian Cup Qualifiers in Uzbekistan. She scored Nepal's first goal against Philippines on Saturday but two late goals helped Philippines snatch the victory from Nepal.