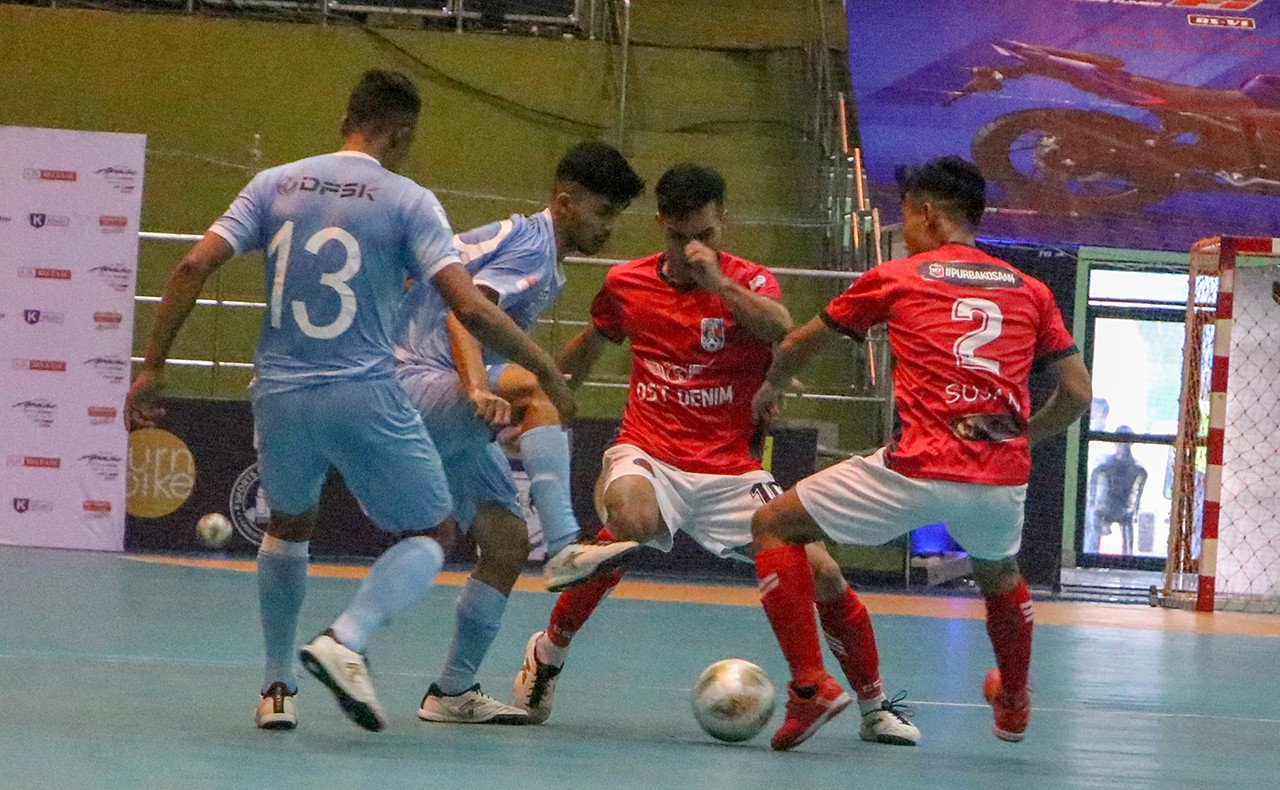 Lumbini Futsal and Dhuku Futsal Hub registered wins in their games while Futsal 5 Dharan and Sankhamul Futsal played out a draw in the second day of the 'A' Division National Futsal League on Sunday.

Lumbini Futsal defeated Jharna Sports 6-2 in the first match of the day. Rupen Baraili scored twice while Anjan Thapa, Geli Sherpa, Raefi Maharjan and Rozal Dahal also got into the score-sheet for the team in the comfortable win.

Jharna Sports were mostly outperformed by their opposition with Amit Gurung and Mohan Bahadur Thapa Magar finding the net for them. 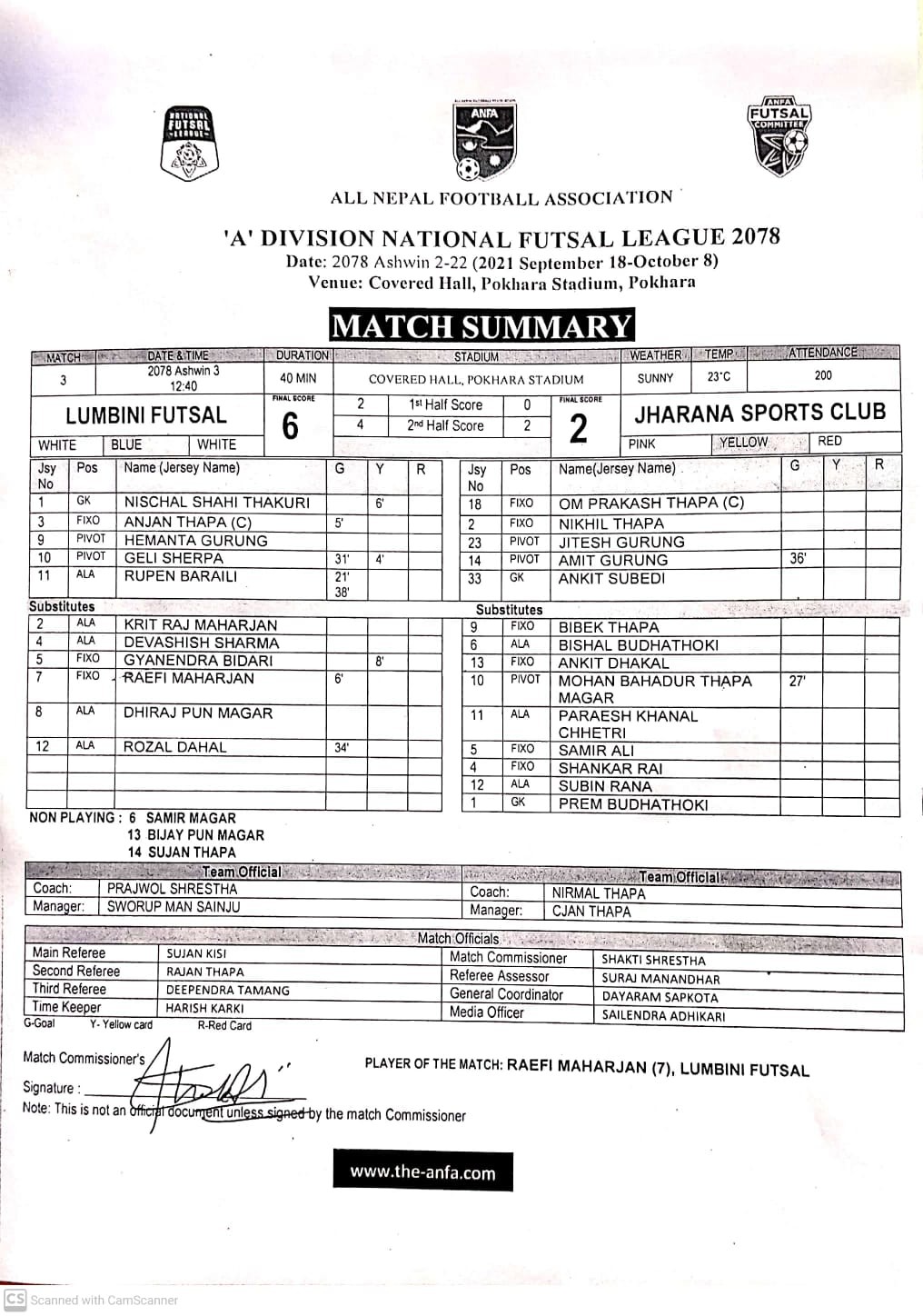 In the second match, Futsal 5 Dharan and Sankhamul Futsal played a feisty 3-3 draw. 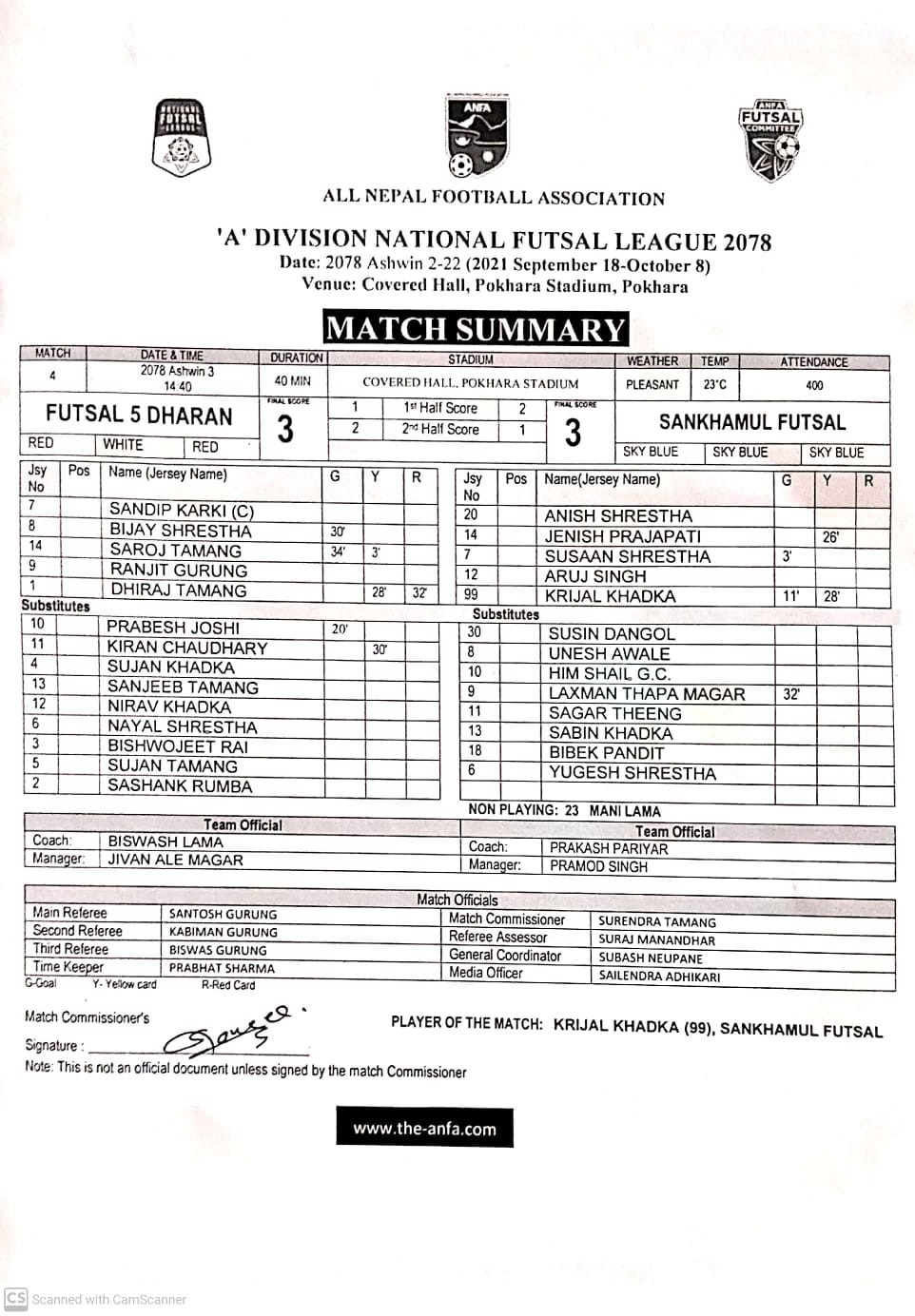 In the final match of the day, Dhuku Futsal Hub edged out Sabin Memorial with the 8-6 scoreline. Sabin Memorial, buoyed by a noisy home crowd, took the lead through Sunil BK in the eight minute but Dhuku bounced back scoring in regular intervals for the win. Abhinash Tamang scored twice, Manish Chhetri also found the net two times and Saroj Gurung and Sunil BK had one each to their names. 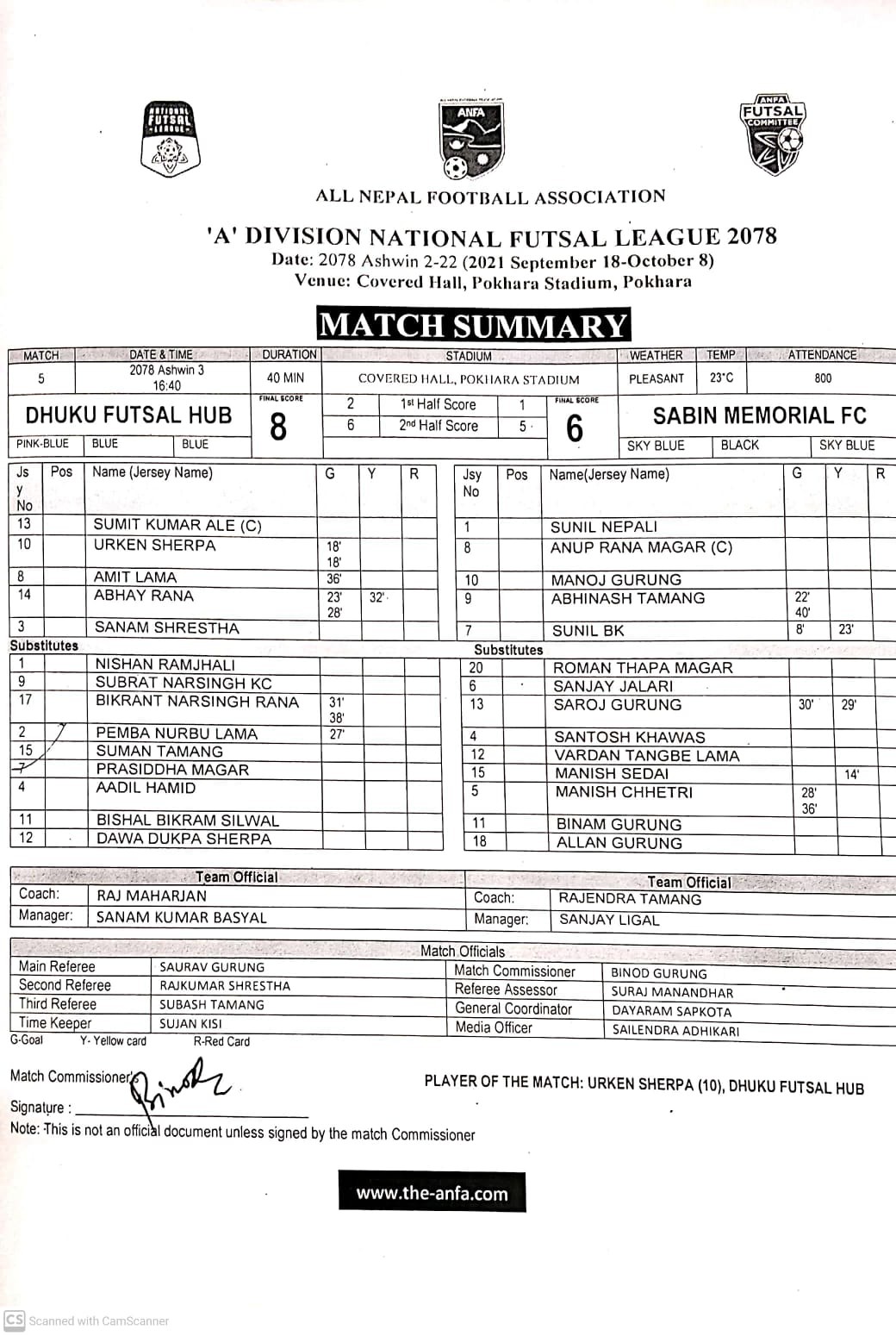 Prabhatpheri Youth Club will play against The Rising Club Dharan in the first match on Monday while Machhindra Sky Goals Kathmandu will take on Jharna Sports Club in the second match.