Sankhamul Futsal played their second draw in as many matches in the 'A' Division National Futsal League while Sabin Memorial and Futsal 5 Dharan won their respective matches on Tuesday.

Sankhamul played a 2-2 with Sports Castle in the first match of the day. Sports Castle's Kishor Gurung deflected ball into his own net in the sixth minute gave Sankhamul the lead but Bhison Gurung levelled the score in the 13th. Sankhamul's Bibek Pandit and Sports Castle's Anjan Devkota both scored for their respective teams in the 34th minute as the match ended in the draw. 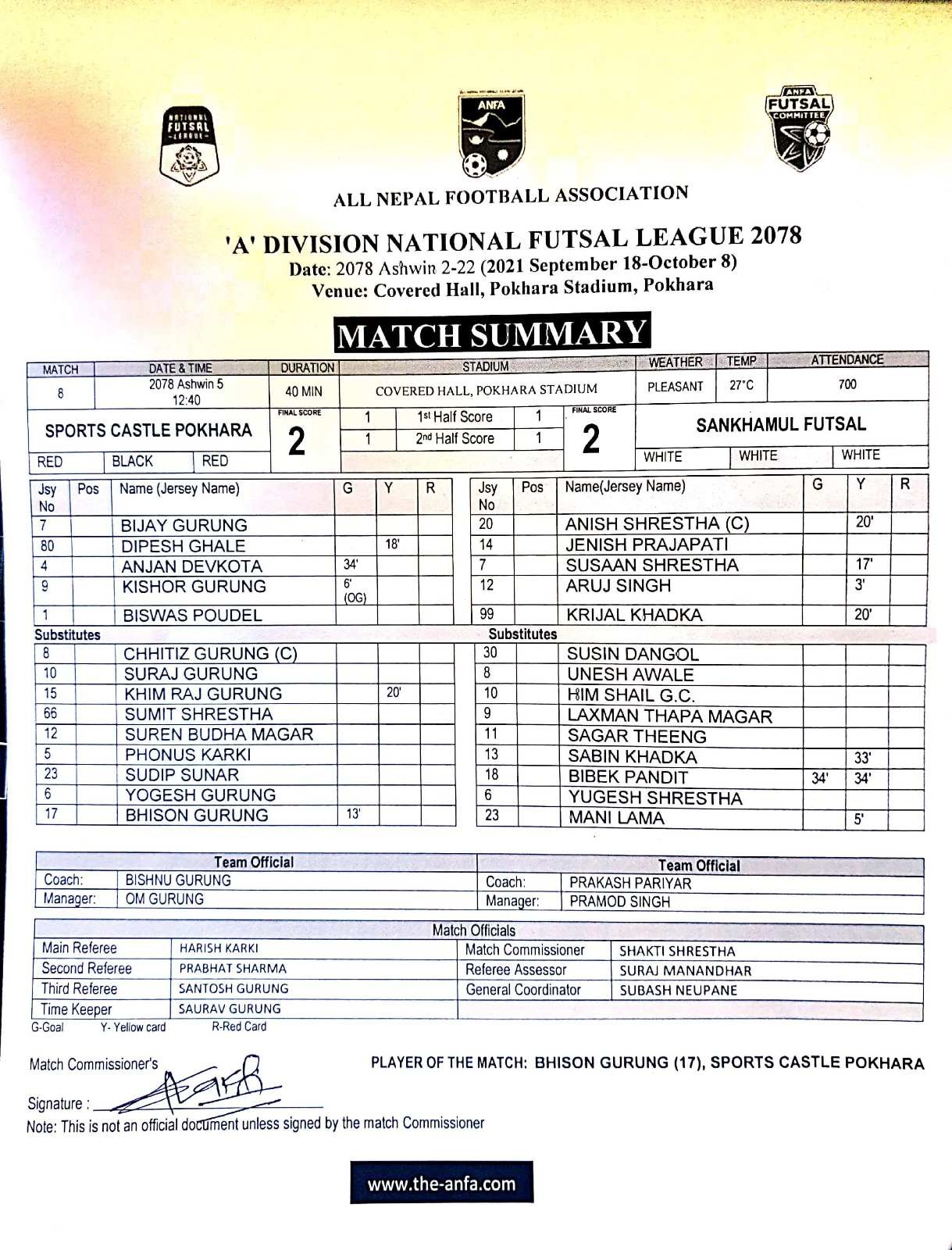 In the second match, Abhinash Tamang, Saroj Gurung and Manish Chhetri scored for Sabin Memorial in their 3-2 win over Lumbini Futsal. Hemanta Gurung scored the brace for Lumbini. 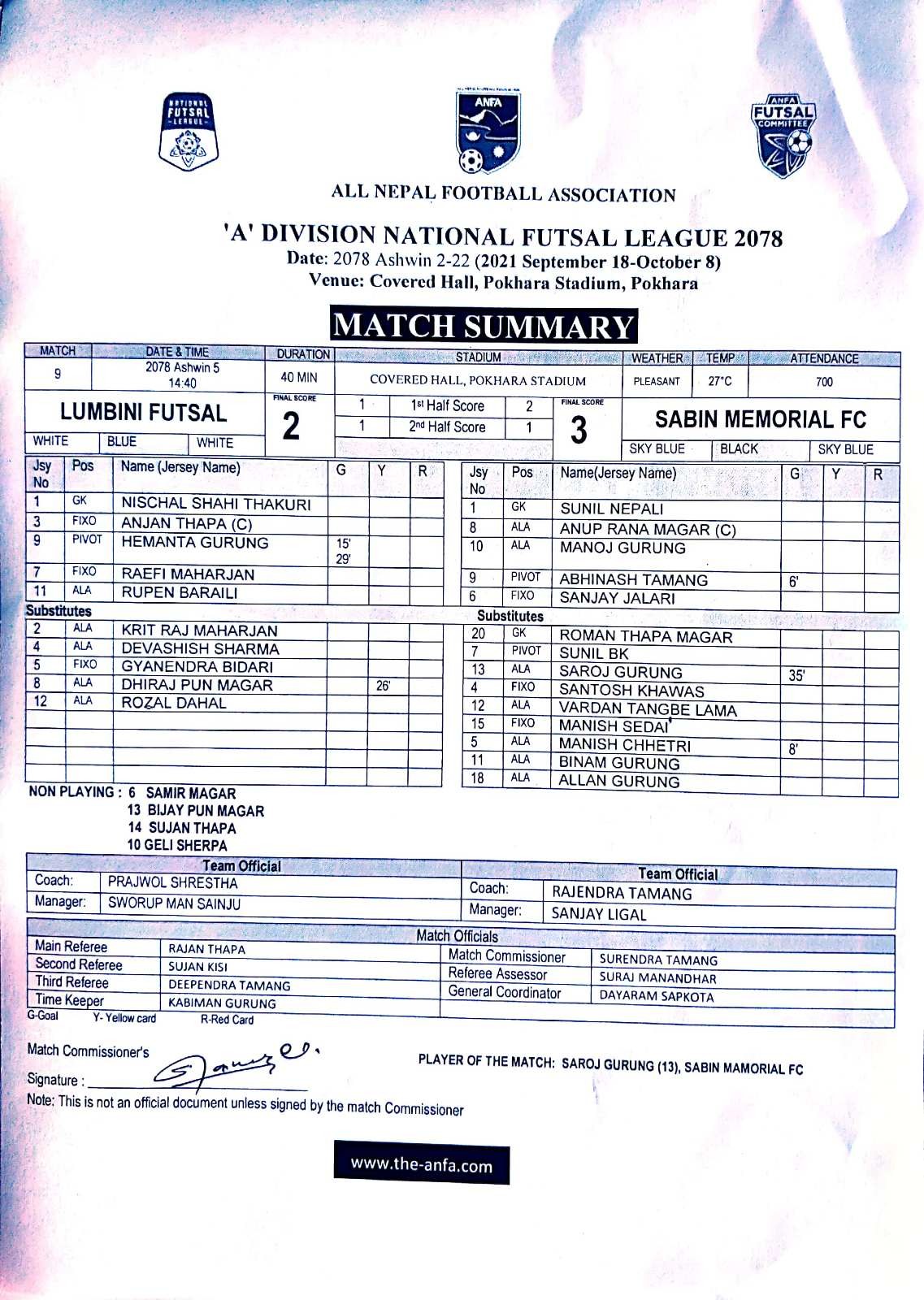 Dhuku Futsal Hub were downed 5-3 by Futsal 5 Dharan after a brace by Prabesh Joshi and one each by Sandip Karki, Saroj Tamang and Ranjit Gurung. Having won the first match, Dhuku's Amit Lama, Bikrant Narsingh Rana and Abhay Rana scored for them but the side were unable to prevent the team from losing the match. 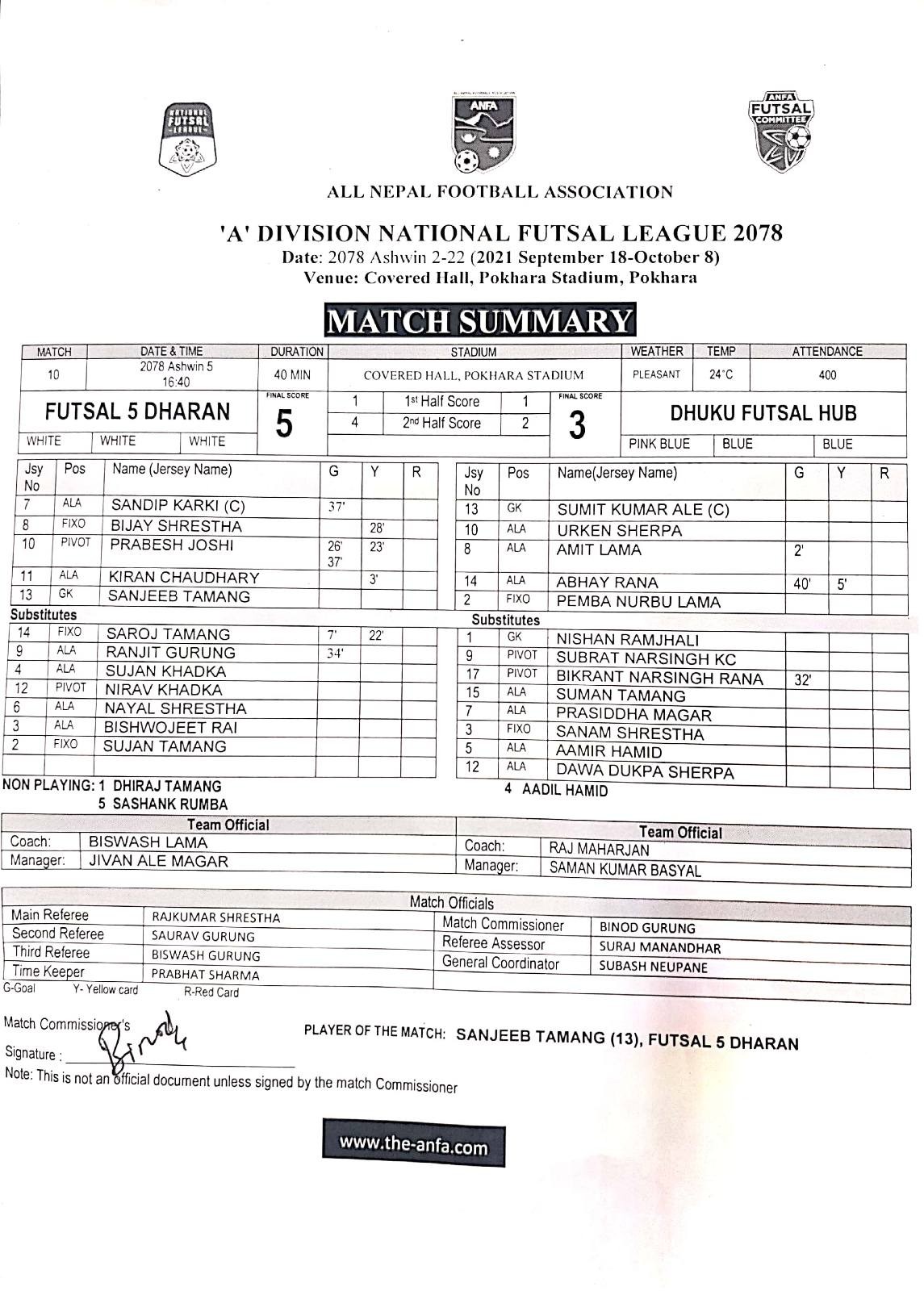 Table-toppers The Rising Club will play against Jharna Sports Club in the first match and Sankhamul will look for their first three points against winless Prabhatpheri Youth Club.