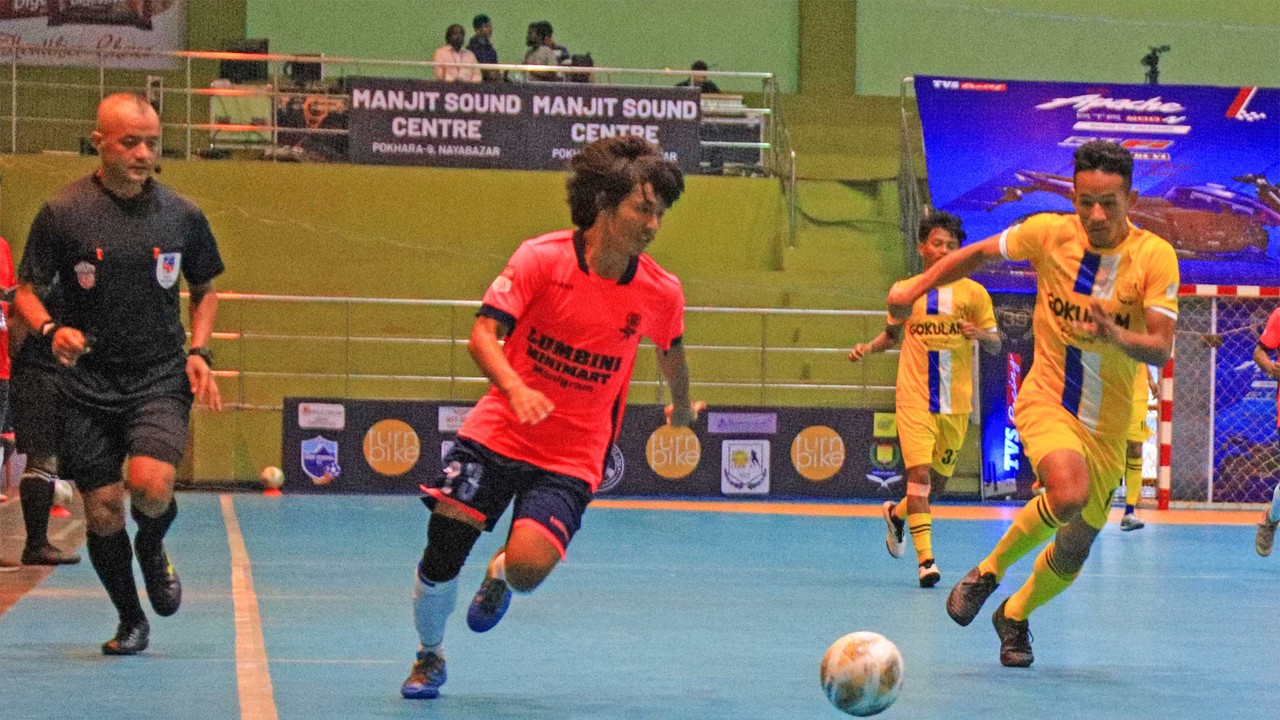 The Rising Club Dharan continued winning streak in the 'A' Division National Futsal League with a 5-3 win over Jharna Sports Club on Wednesday.

Rising Club continued on the top spot with nine points from three points while Jharna are pointless in the table. 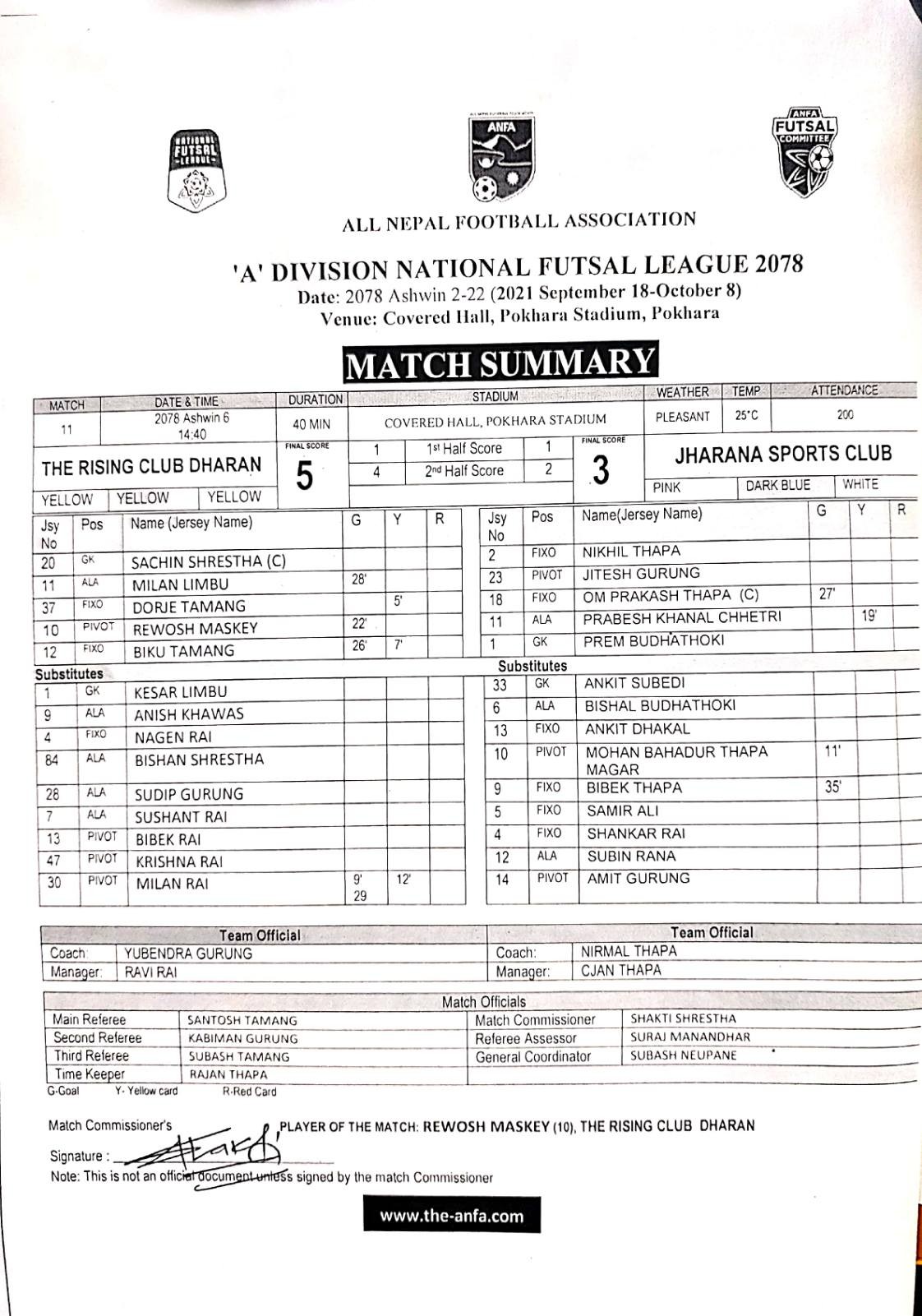 Sankhamul climbed to second in the table after the win. 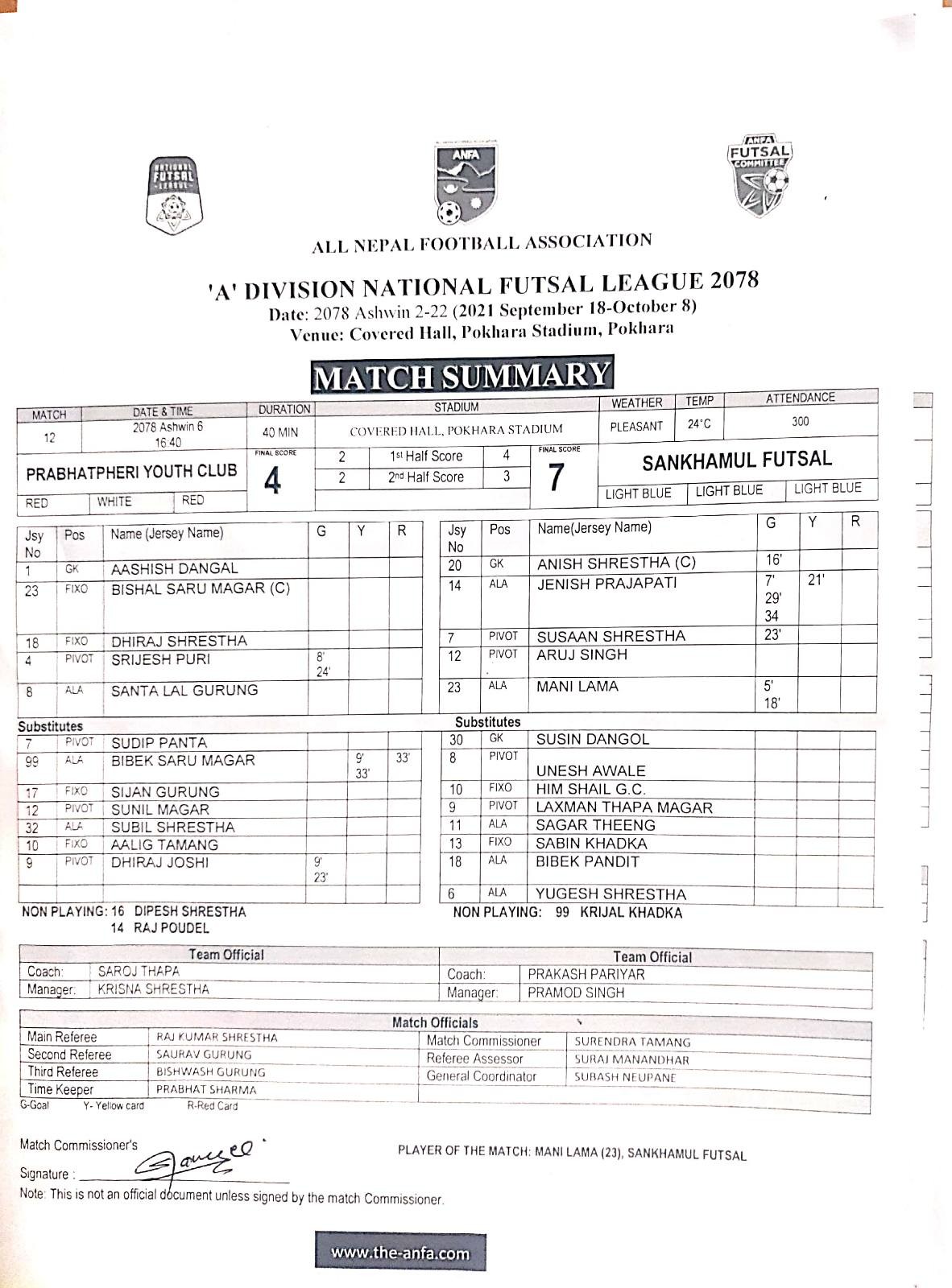 Machhindra Sky Goals will face Sabin Memorial on Thursday's first game. The second and third game will be between Sports Castle vs Dhuku Futsal Hub and Lumbini Futsal vs Futsal 5 Dharan respectively.