Dhuku Futsal Hub ended their losing streak with a 5-2 win over Lumbini Futsal in the 'A' Division National Futsal League on Thursday.

Doubles from Bikrant Narsingh Rana and Prasiddha Magar and another goal from Abhay Rana helped them to the win. Anoj Gaire hit a brace for Lumbini. 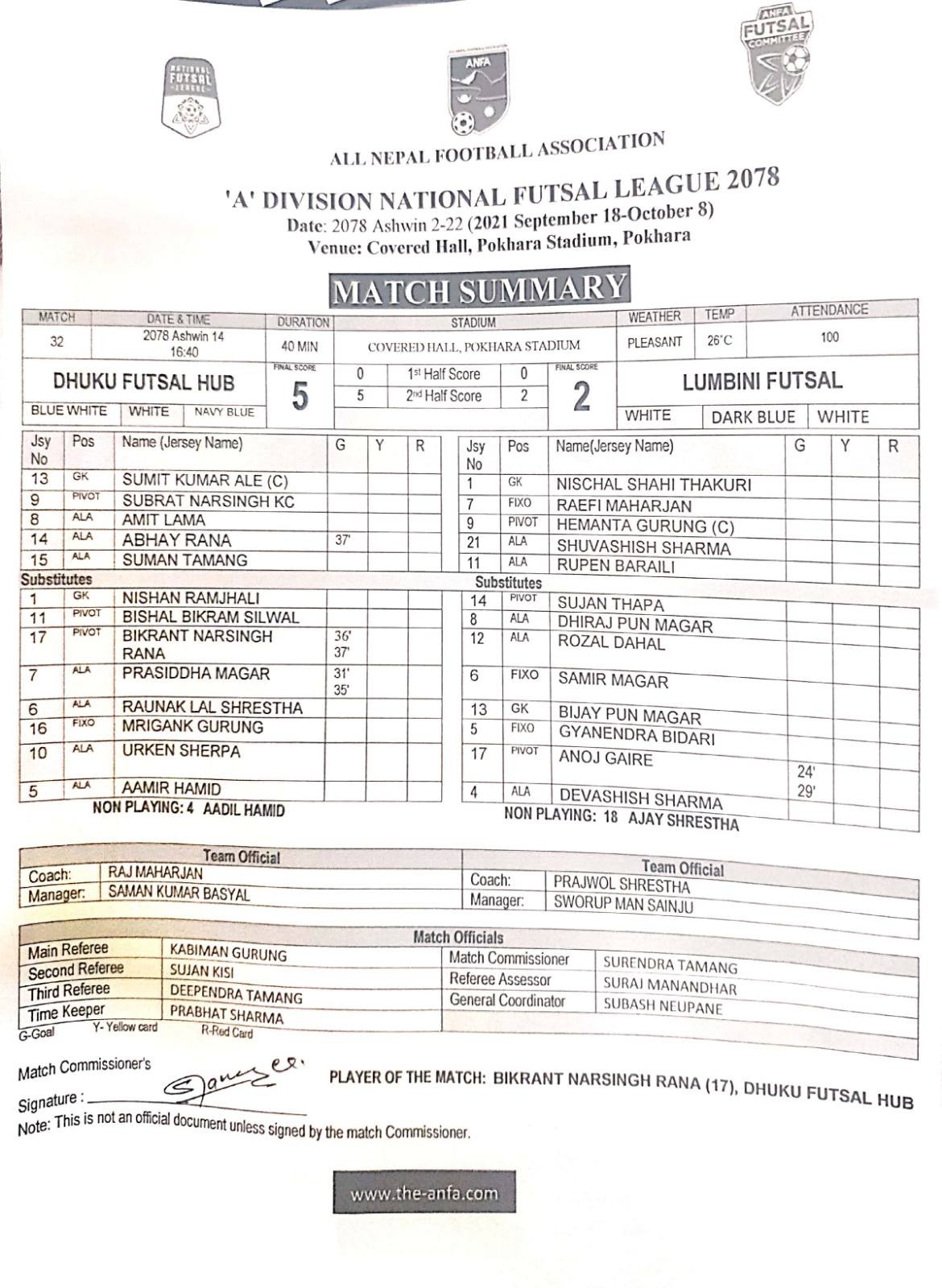 In the other match of the day, Saroj Tamang scored a hat-trick, Bijay Shrestha scored twice and Ranjit Gurung and Prabesh Joshi found the net once each as Futsal 5 Dharan defeated The Rising Club Dharan 7-5. 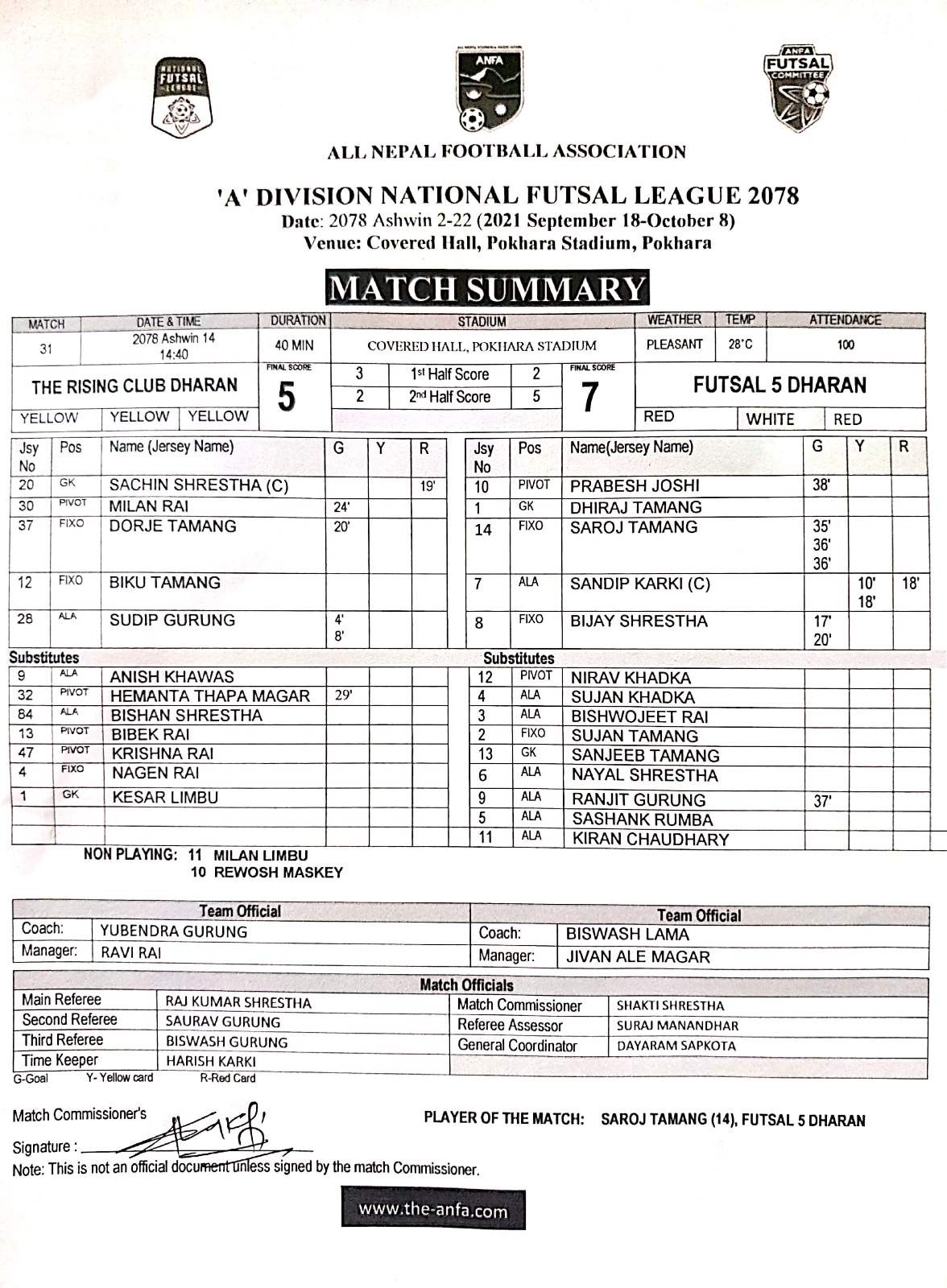 Sabin Memorial will play against Sports Castle Pokhara in the first match on Friday. Sankhamul Futsal will face Machhindra Sky Goals and Jharna Sports Club play Prabhatpheri Youth Club in the other matches.