Sankhamul Futsal played a 2-2 draw with Machhindra Sky Goals in the 'A' Division National Futsal League on Friday.

Aruj Singh and Krijal Khadka scored for Sankhamul in the draw. Aashish Sunam and Mision Lama were in the score-sheet for Sky Goals. 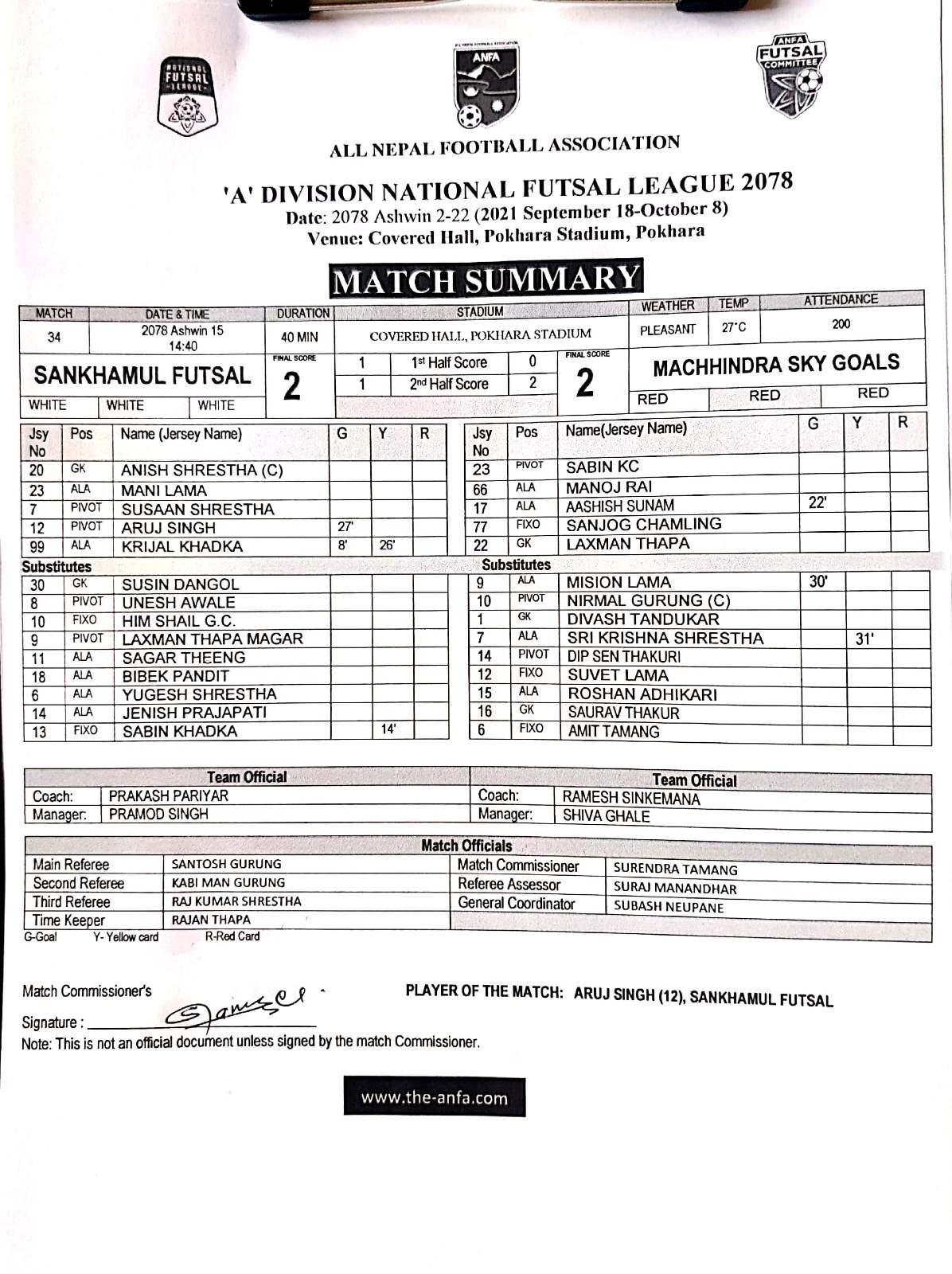 In the first match of the day, goals from Suraj Gurung and Kishor Gurung helped Sports Castle FC Pokhara to a 2-0 win over Sabin Memorial FC. Sports Castle extend their lead in the top after the win to four points. 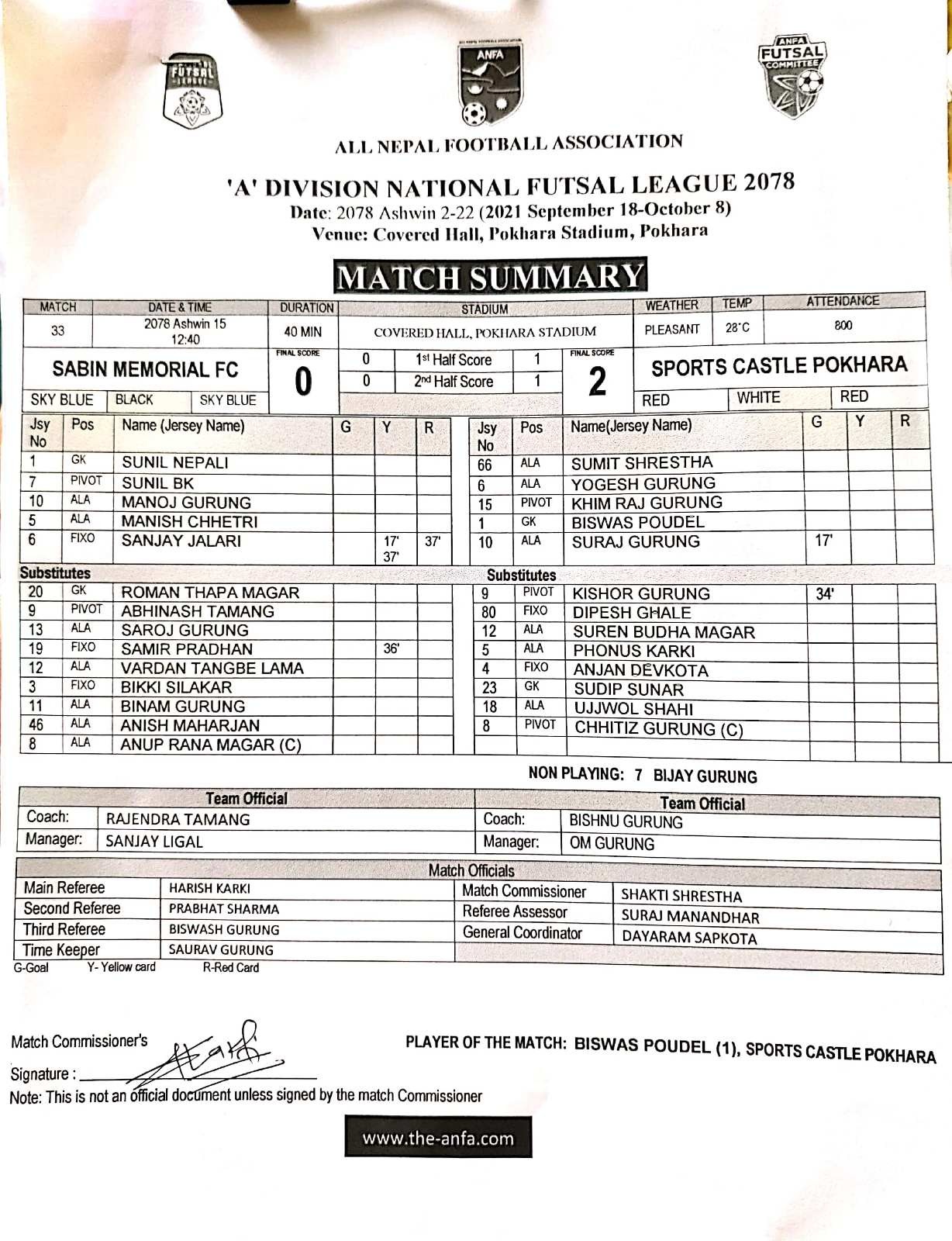 Prem Chhantyal and Jitesh Gurung scored for Jharna after Srijesh Puri had scored an own goal to give Jharna the lead.

Jharna lie at the bottom of the table having lost all the matches played. 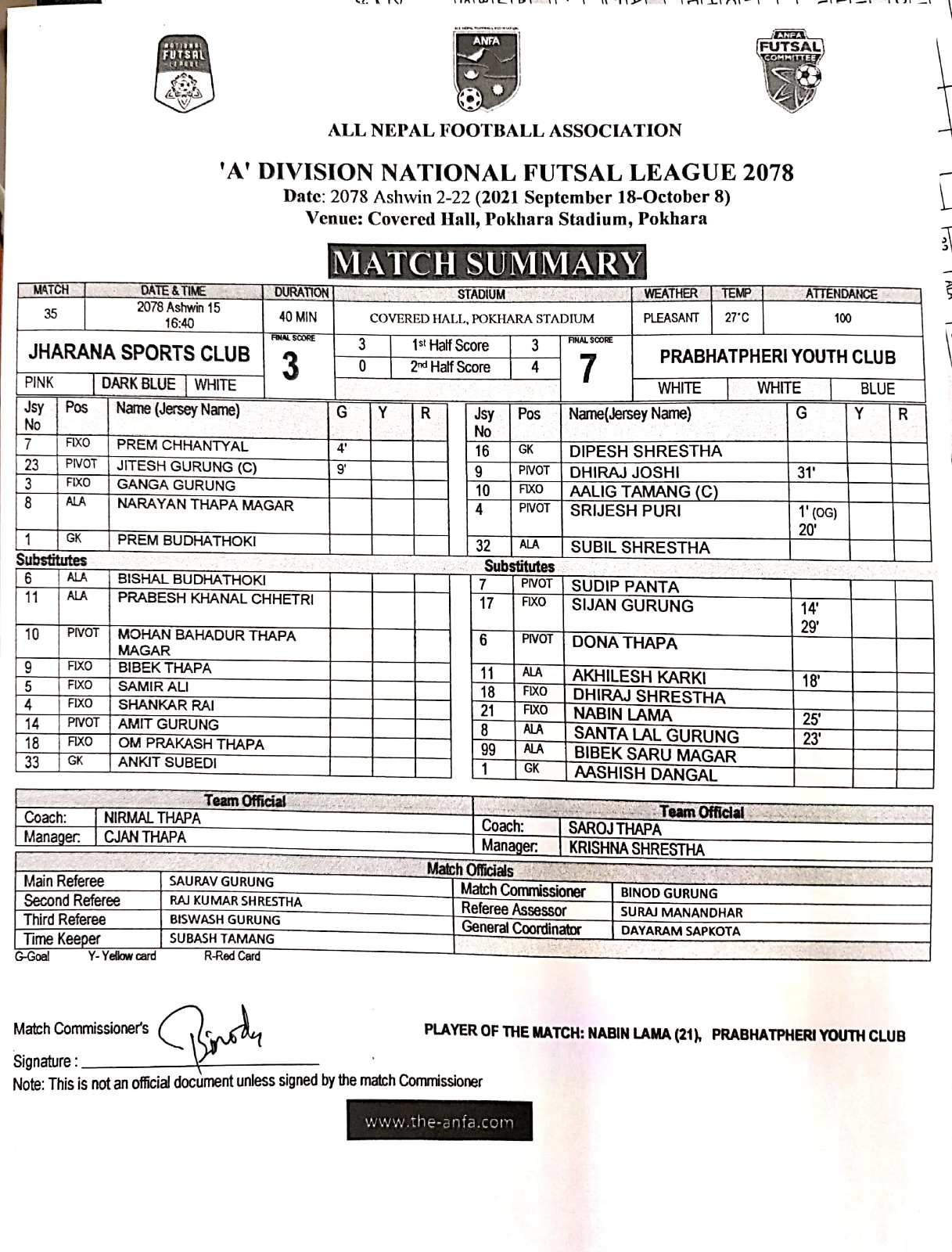 Lumbini Futsal Rupandehi will play The Rising Club Dharan in the first match on Saturday while Futsal 5 Dharan will take on Sports Castle Pokhara in the second match.