The Rising Club Dharan became the third club to secure playoffs berth in the 'A' Division National Futsal League on Monday. 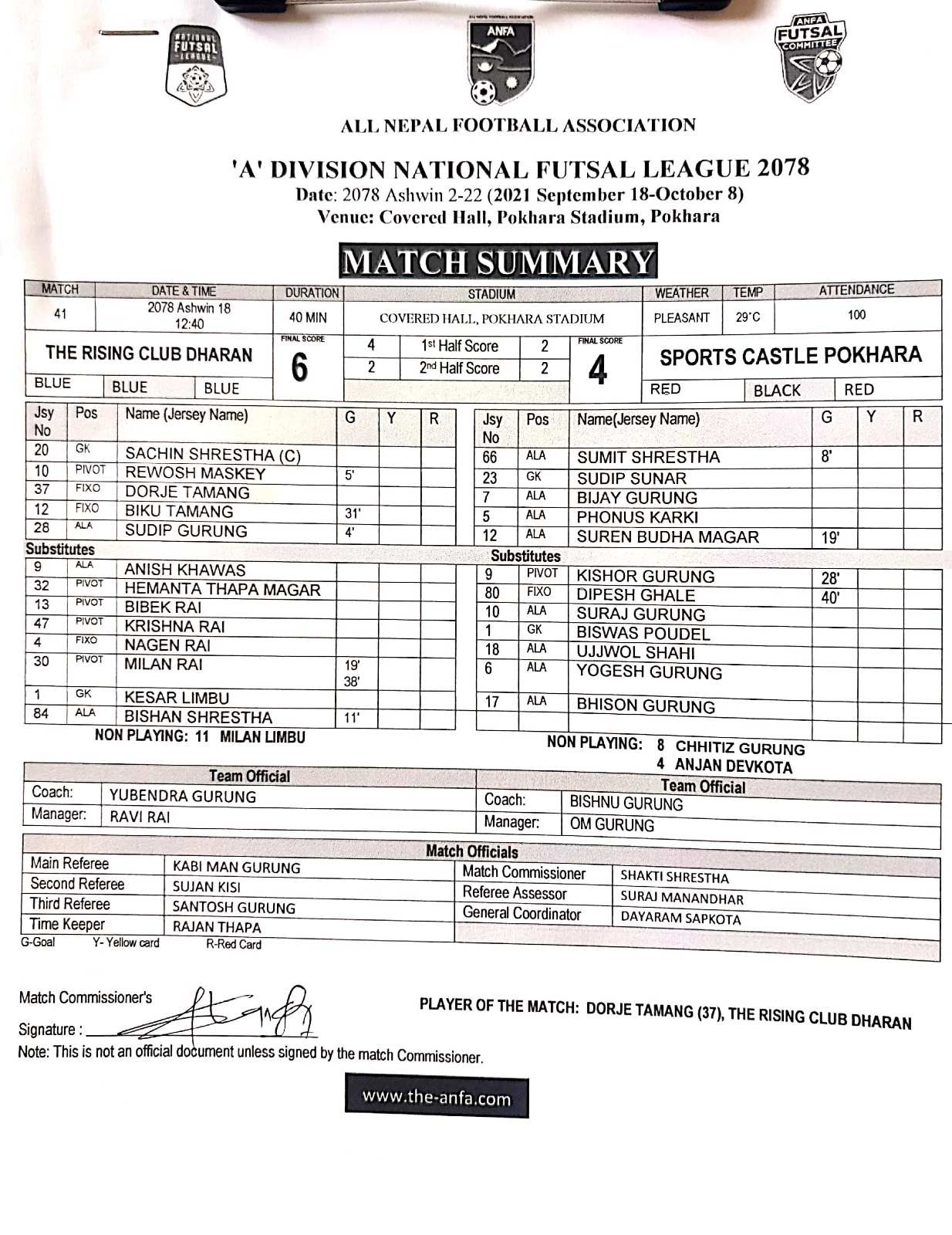 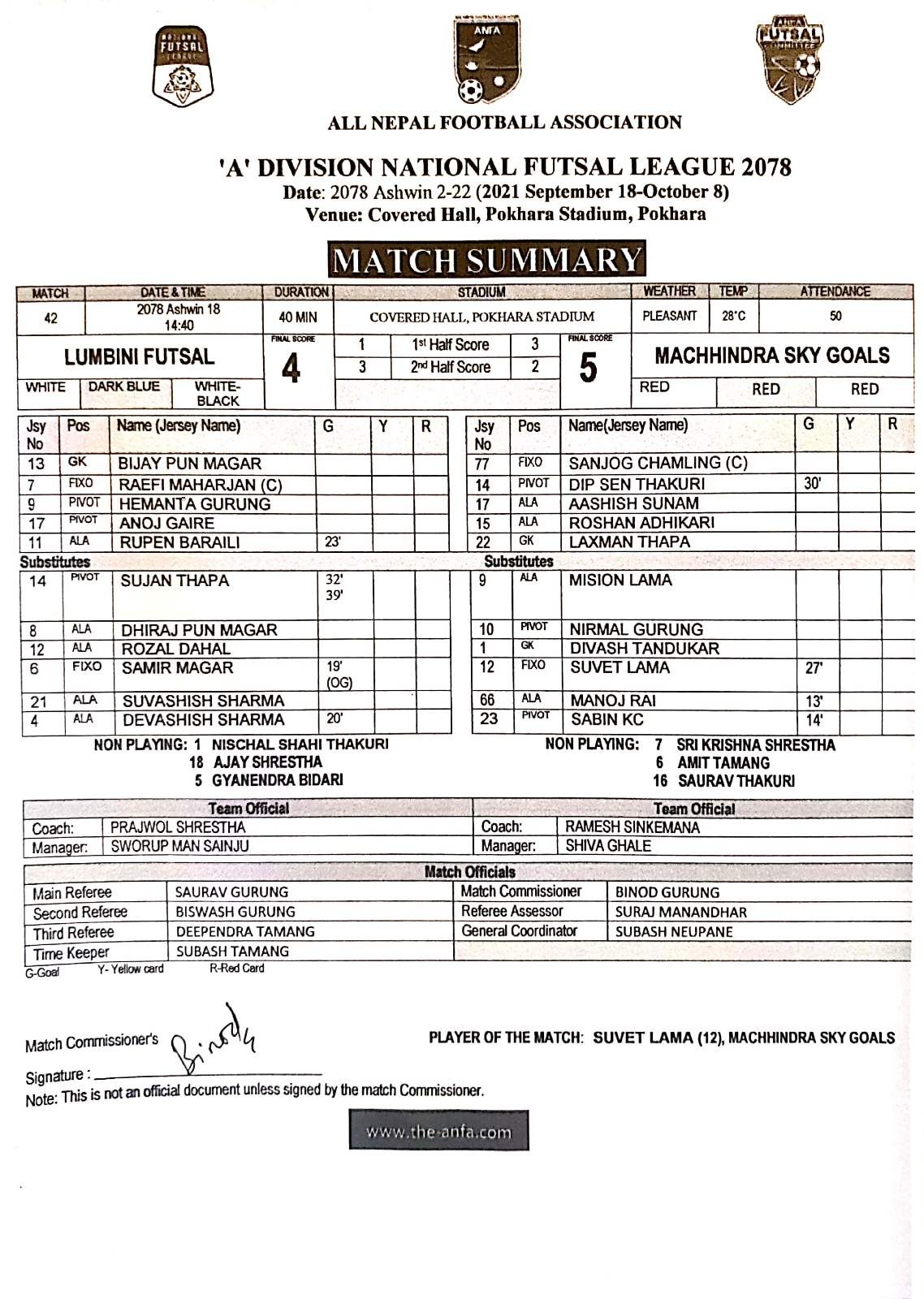 A minute of silence was observed to mourn the death of former FIFA referee Laba Khatri who passed away on Monday morning before the start of games today.

Futsal 5 Dharan will play Prabhatpheri Youth Club, Dhuku Futsal take on Jharna Sports Club and Sabin Memorial will play Sankhamul Futsal in the final round of group games on Tuesday.