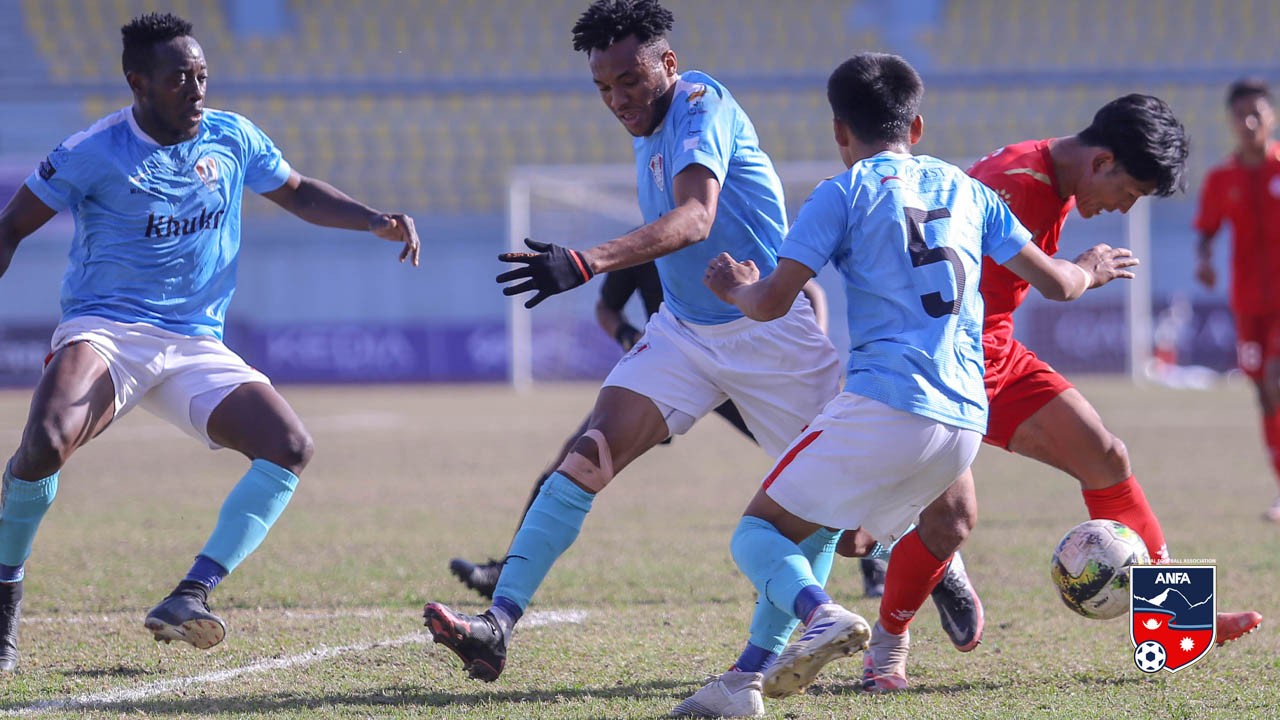 In a quickfire start to the match at Dasharath Stadium, BBC's Roshan Rana Magar scored in just the second minute to put the team ahead. But NPC bounced back into the game two minutes later through Buddha Tamang. Either sides could have won all the three points but missed opportunities meant both the sides shared spoils in the final game of the eighth round.

Machhindra Football Club maintain a single point lead over Manang Marsyangdi Club as the eight round of matches came to a close. Friends Club and Chyasal Youth Club occupy the bottom two slots with three and five points respectively.

The ninth round of matches will begin from January 14.