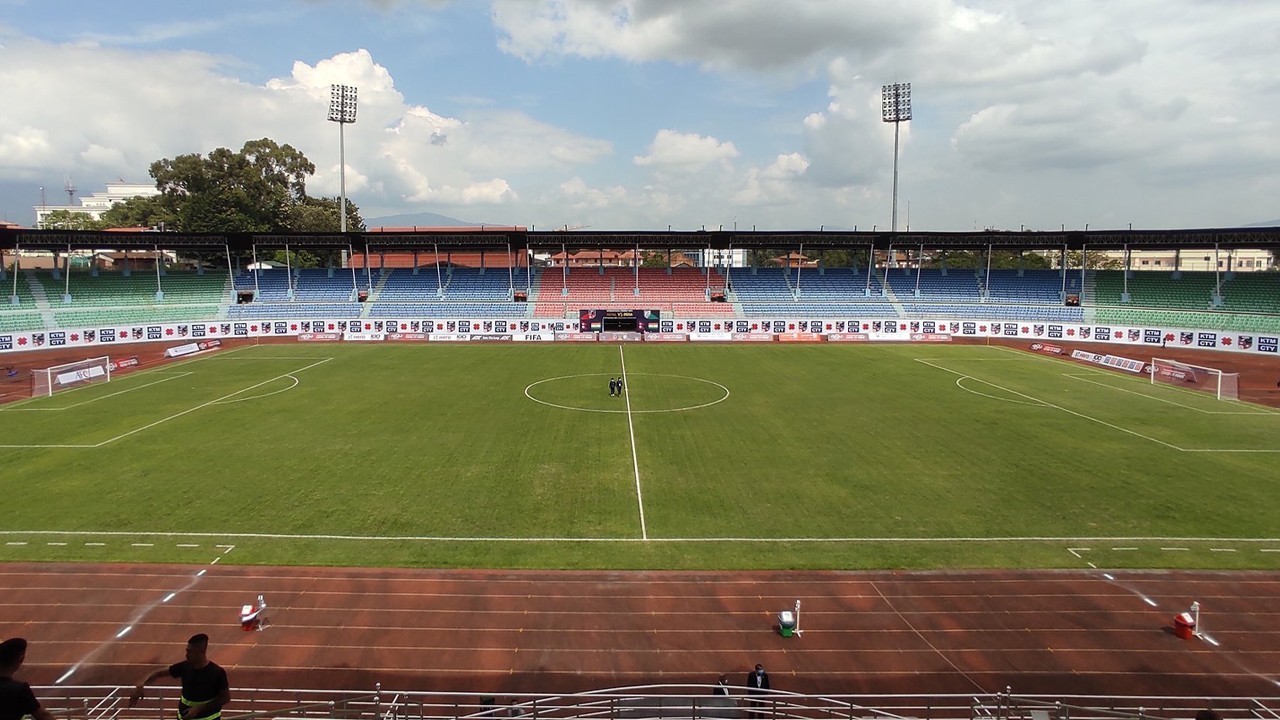 The remaining round of fixtures of Qatar Airways Martyr's Memorial 'A' Division League 2021/22 have been released.

The 10th round of games will begin from this Friday (February 11) with Friends Club playing Brigade Boys Club at Dasharath Stadium in the first game followed by Tribhuvan Army Football Club vs Jawalakhel Youth Club. 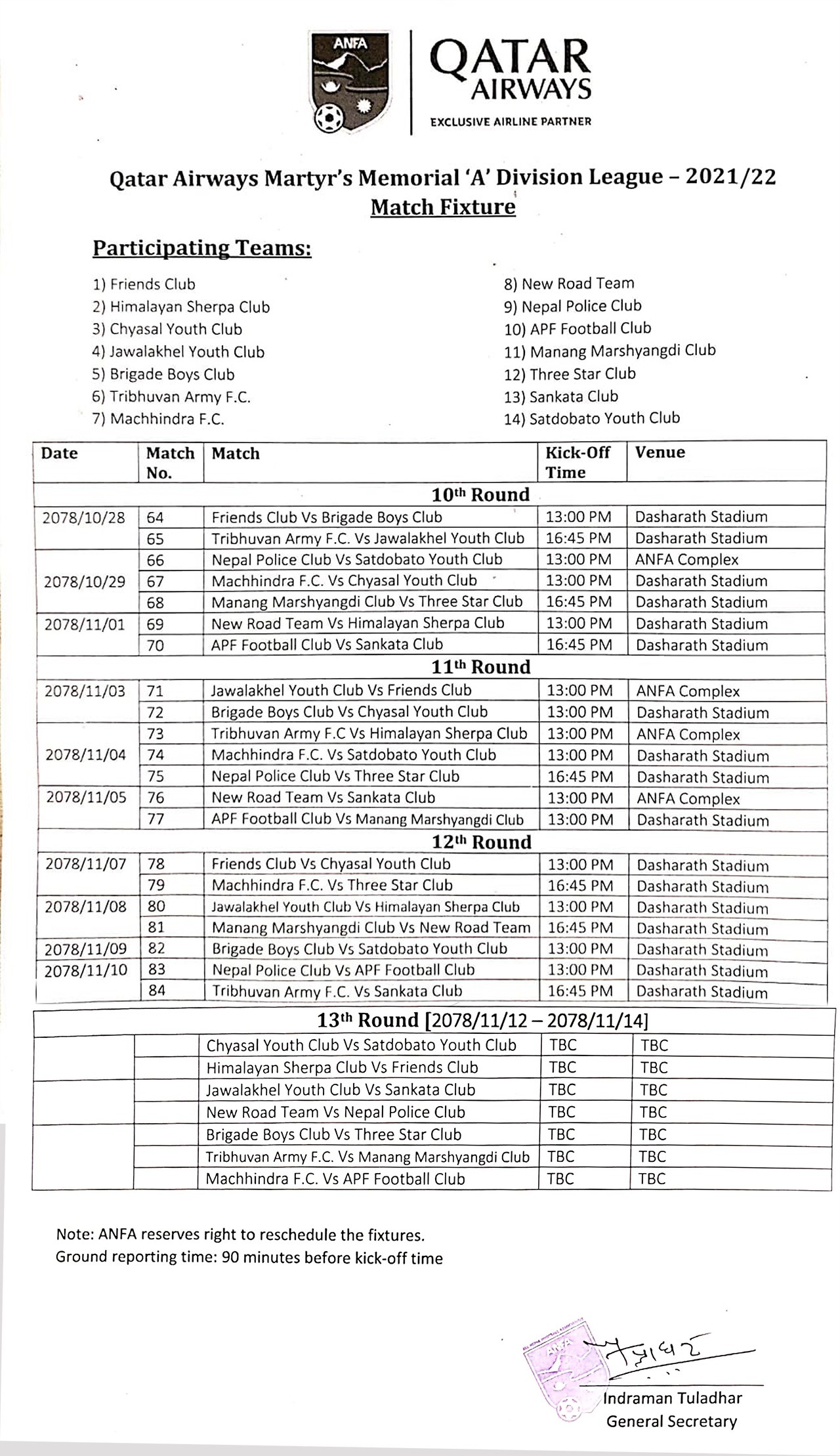 Games will also be played at ANFA Complex making it the third venue in the current league. Besides Dasharath Stadium, games have also been played at Pokhara Stadium in Pokhara.

The dates and venue of the final round of the league have not been confirmed. 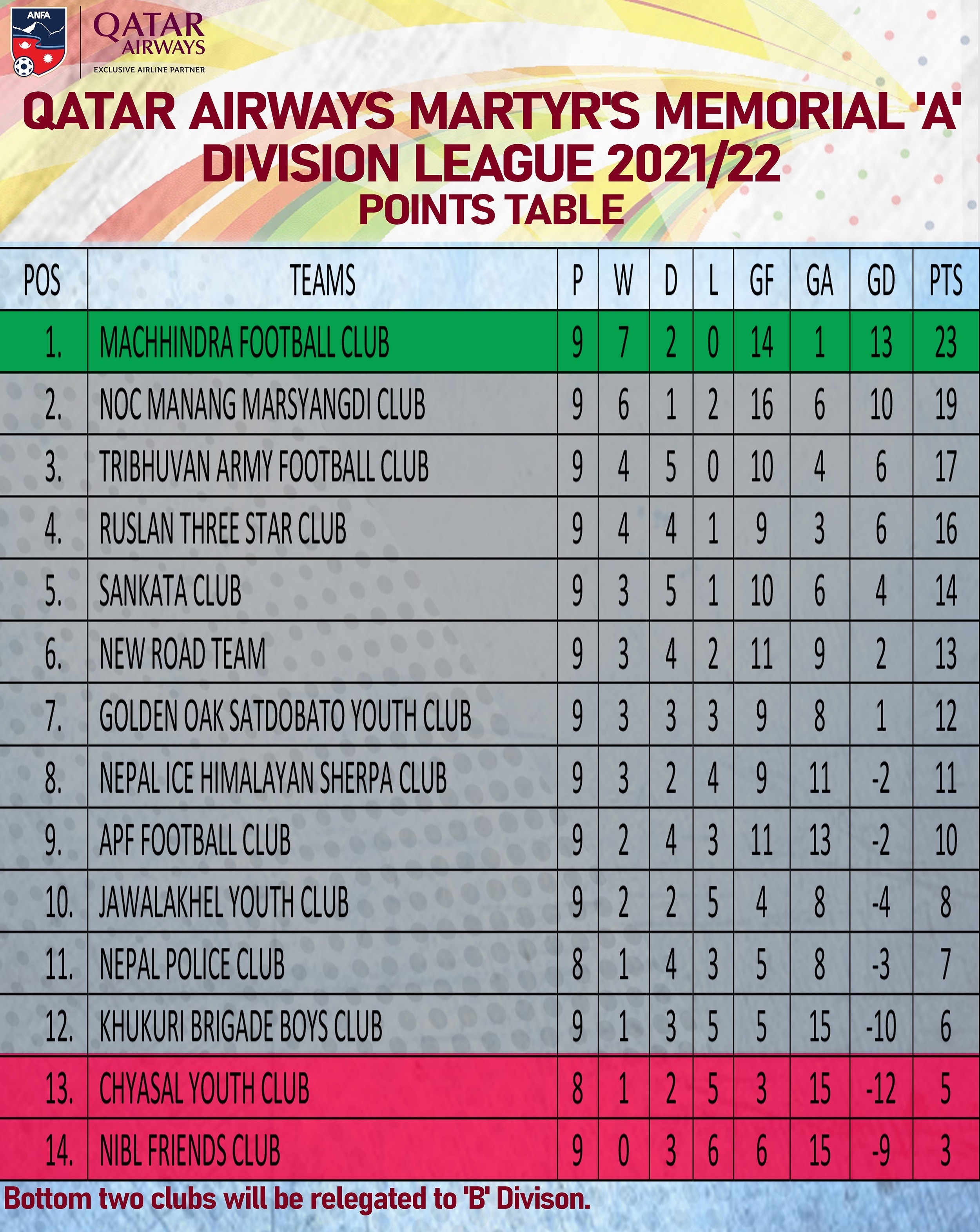