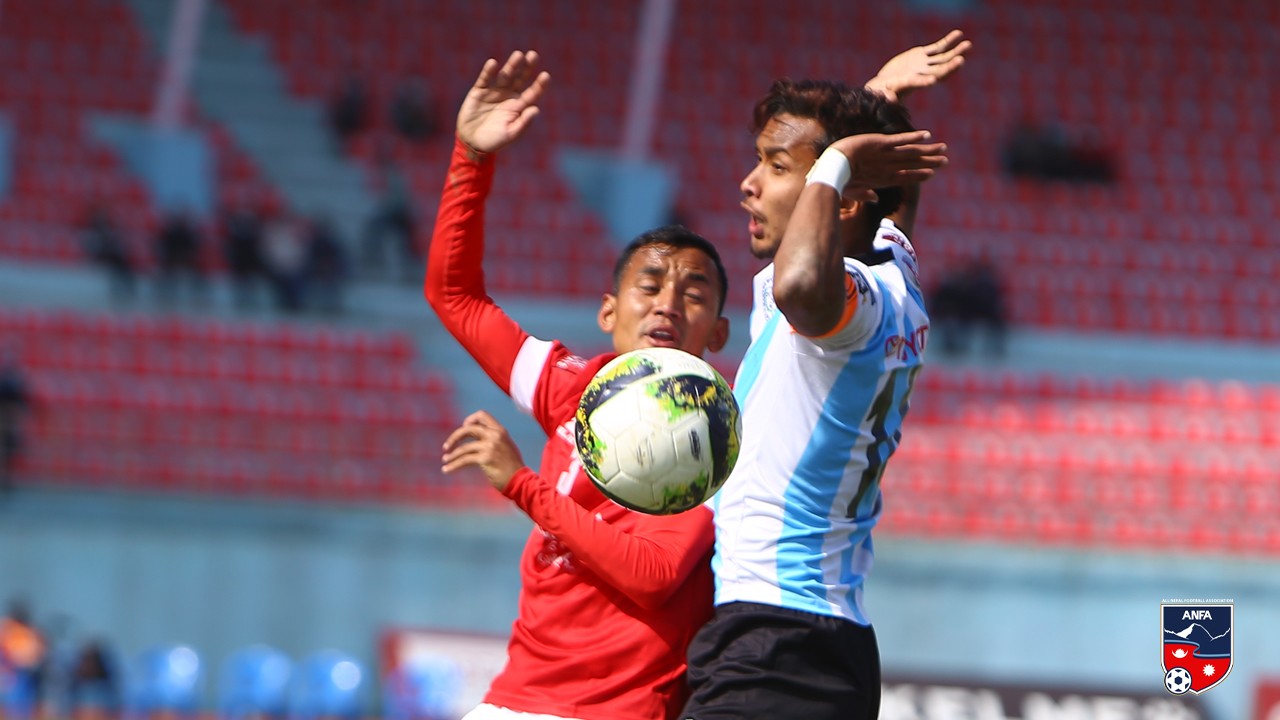 New Road Team (NRT) came from behind to defeat Nepal Police Club (NPC) 3-1 to claim third position in the league.

In the match played at Dasharath Stadium, TAFC, needing a point to finish second, went behind to Anjan Bista's goal in the 45th minute. But an own goal by Franklin Kuete Talla in the 76th rescued a point and second place for TAFC.

In the other match at ANFA Complex, Messouke Oloumou scored a hat-trick as NRT came from 1-0 down to defeat NPC 3-1. After falling back to Shiva Gurung's own goal, Messouke scored in the 47th, 62nd and 83rd minute to complete his hat-trick.

NPC concluded their campaign in 11th position. The final match of the league will be played between league winners Machhindra Football Club and APF Football Club.