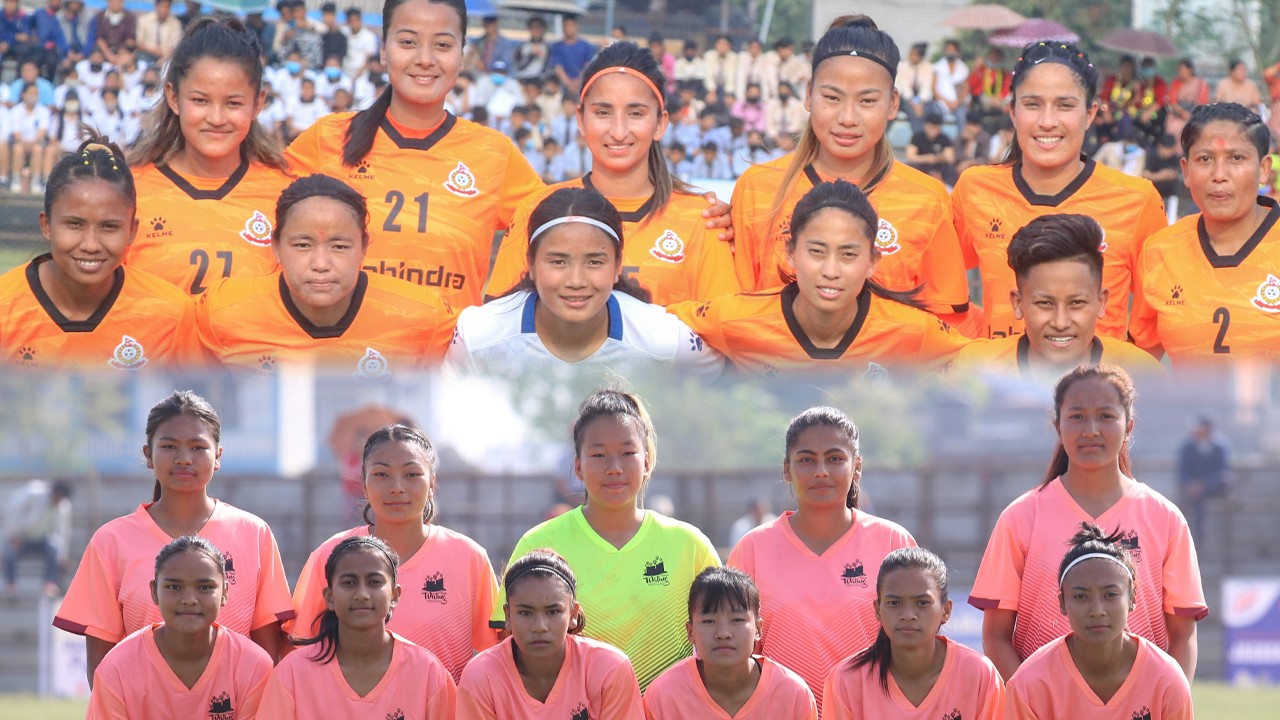 Waling Municipality Syangja earned their first points after securing a 1-1 draw against Lalitpur Metropolitan City in the National Women's League 2078 on Wednesday.

Hima Rawat scored the goal for Waling in the 14th minute. Waling could have walked away with all three points but an unfortunate own goal by Sanji Thing in the 62nd minute forced them to share points.

In the other game of the day, goals from Sabitra Bhandari (65') and Saru Limbu (76') helped APF Football Club to a 2-1 win over Biratnagar Metropolitan City. Ema Rai scored the goal for Biratnagar.

APF also lead the table as the first round of the league comes to an end in Chitwan. Maintaining a cent percent result, APF have 21 points, a six points advantage over second-placed Nepal Police Club which lead over Tribhuvan Army Football Club by virtue of better head-to-head difference. 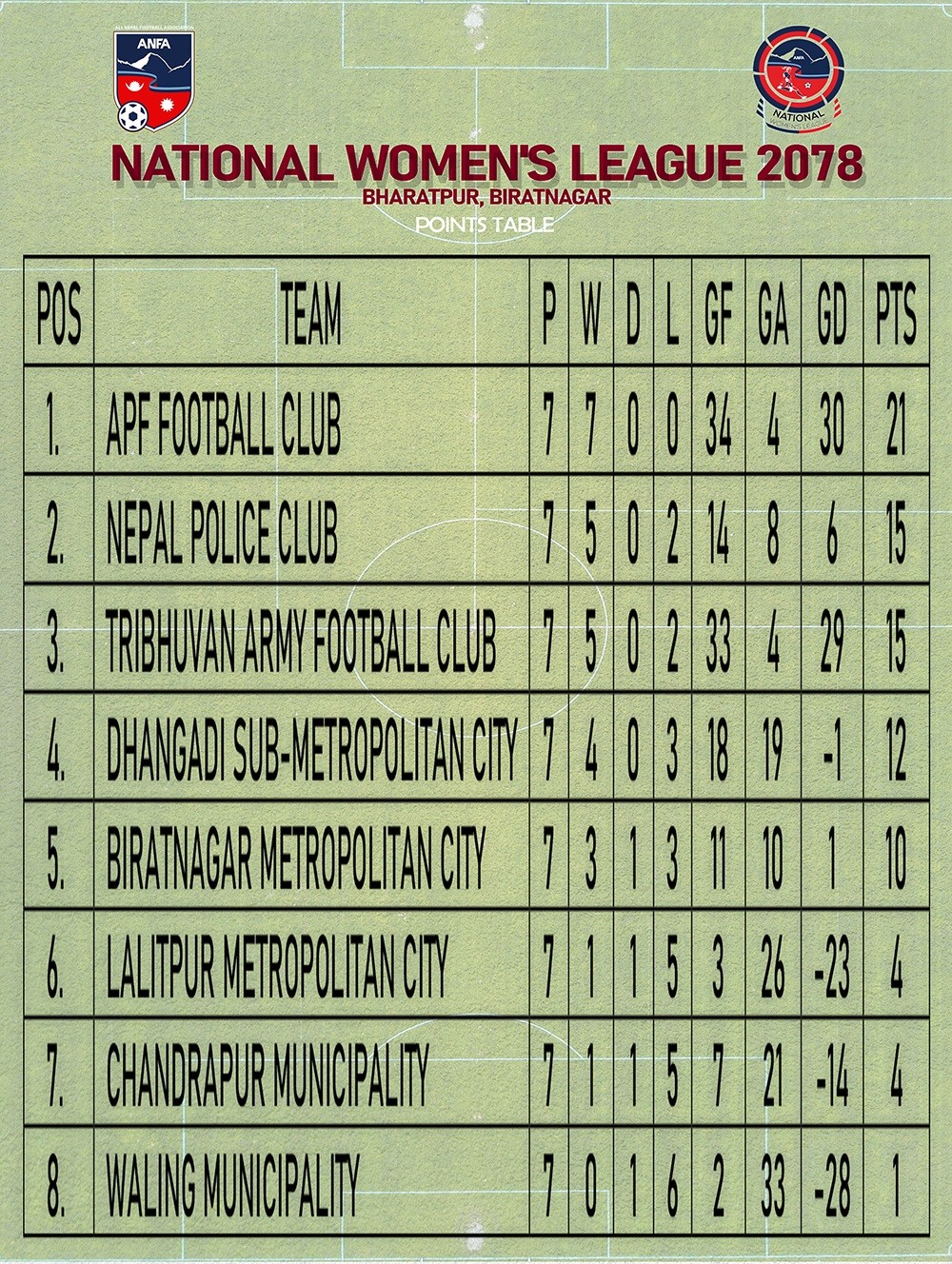