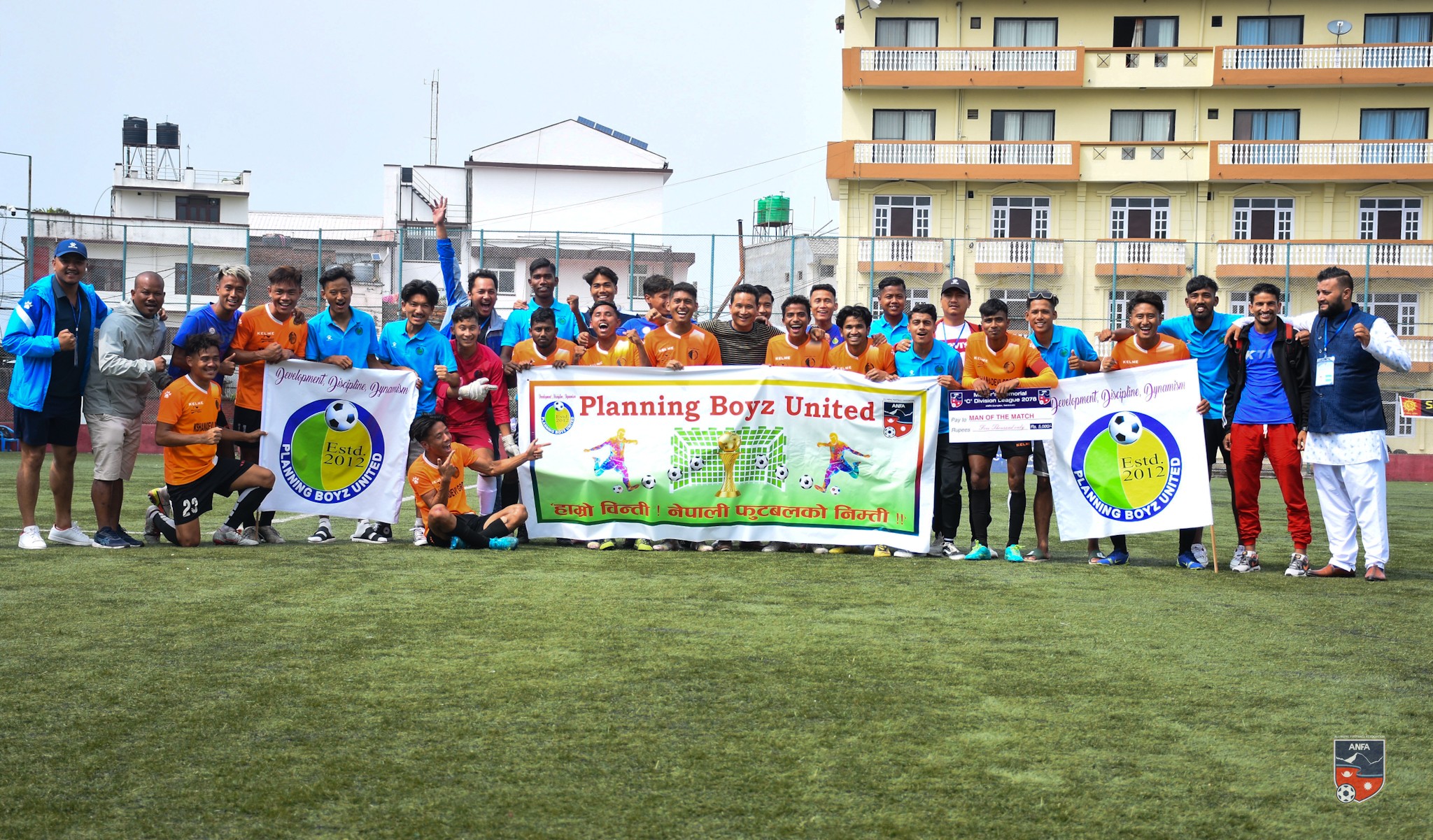 Planning Boys United have been promoted to the B division after defeating relegated Oasis Club 5-0 in the Martyr's Memorial 'C' Division League 2022 on Friday.

RC32 Football Academy, also in contention for the promotion, could only manage a goalless draw against Sports Academy Sangha at Dasharath Stadium.

Tharu scored in the third, eighth and 16th minute of the game. Rana scored in the 43rd minute and Chaudhary added the fifth in the 82nd.