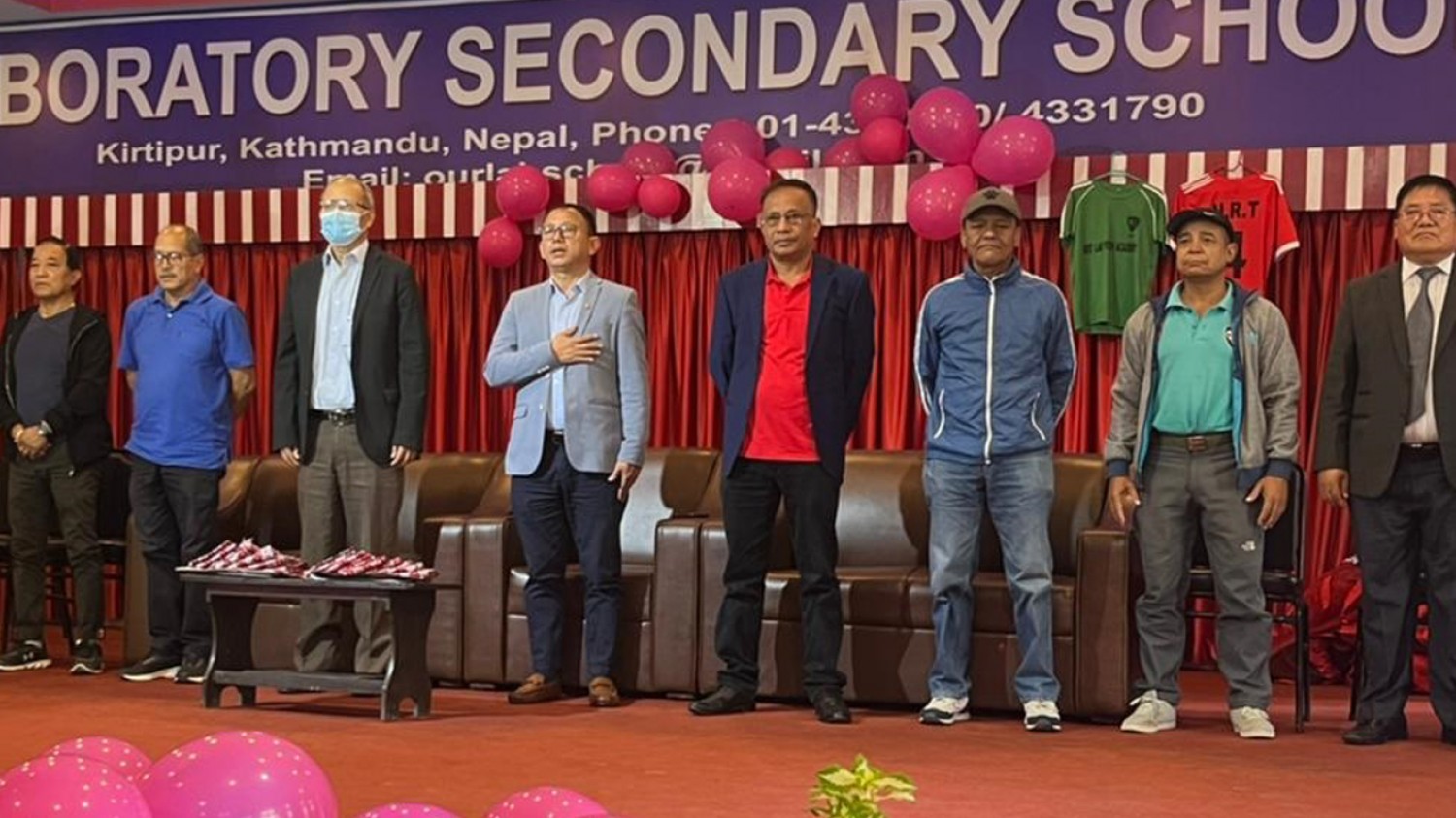 Nembang lit an oil-fed lamp to inaugurate the academy. Nembang also met the players from the academy and handed them a match ball.

NRT and Laboratory School had reached an agreement in July last year to run the academy. As per the agreement, 14 players―seven players each from the club and school―will join the academy for the first year. The players will train with the club while continuing their study in the school.