Having won the title even before the start of the game after Tribhuvan Army Football Club could only draw their match against Nepal Police Club (NPC), APF had to wait until the 55th minute to score against a valiant Biratnagar.

Anita KC broke the deadlock for APF and maintain their winning run in the tournament. APF have won all their 11 matches they have played so far. Their last match is a departmental derby against second placed Tribhuvan Army Football Club.

APF coach Bhagwati Thapa said winning the title was a bittersweet victory for their team. "Yes we won the title but injury to our key player wiped off our celebratory mood," said Thapa. Thapa was referring to the injury to forward Sabitra Bhandari, who was injured in their last match against NPC and now faces a lengthy spell in the sidelines.

Thapa added they also missed Bhandari in today's game. "She is pivotal to our game plan as she has scored most of the goal for us. Without her, we could not play as we wanted in today's match," said Thapa.

Biratnagar's coach Paras Chaudhary was also delighted with the team's performance despite the victory. "Our target was to draw in today's match. After a brilliant first half, my players got tired in the second half and we conceded a goal," said Chaudhary. Chaudhary said they had a wonderful tournament and played better than expected.

Having played all their matches, Biratnagar are currently in third position but can be overtaken both by NPC and Waling Municipality Syangja. Waling are against Chandrapur Municipality Rautahat in their last game while NPC face Chaudandigadhi in their final match. 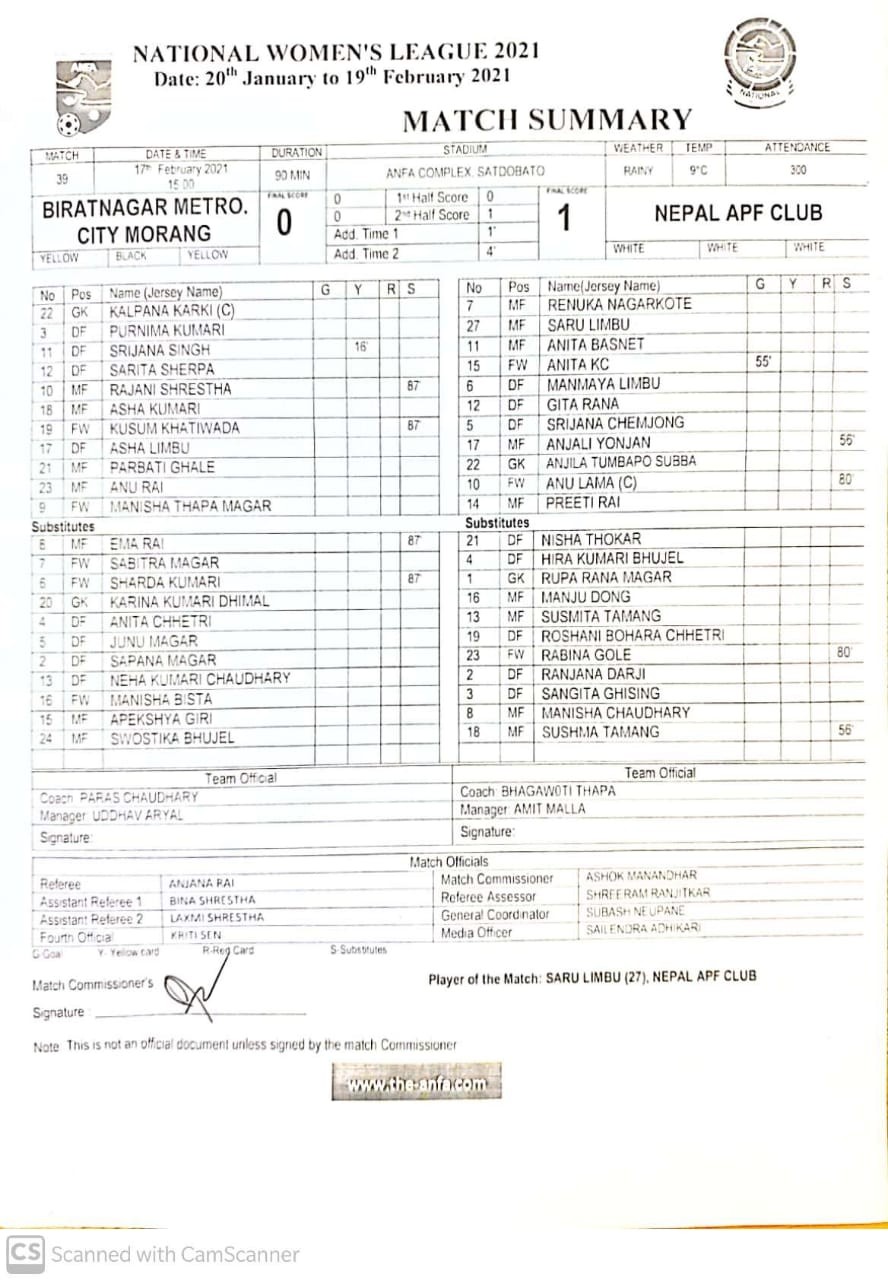